Capital cases – those where the death penalty was sought and then imposed – can last for decades.  There are at least two reasons for this – they deserve the greatest attention and review because life is at stake; and the poor lawyering that led to so many capital convictions warrants that review and takes time to get corrected. 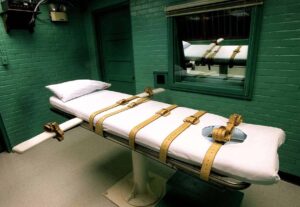 That phenomenon – poor lawyering – came to the fore in a recent challenge to a death sentence imposed over a quarter century ago.  The context was a claim that there was a complete system failure – the quality of court-appointed counsel’s lawyering so poor that who was counsel was a determining factor in whether a death sentence was returned.

Plenty of data support that conclusion, but an added part of the review looked at this one case to see whether the system failure played out on the individual level, i.e., whether this one court-appointed counsel lived up [or down, as the case might be] to the general finding of deficiency for that collective group of lawyers and thus confirmed the statistical analysis.  The result of that review – just reading the penalty trial transcript – found a shocking number of errors, each glaring in their own right.  They were found by this author after being asked to offer expert testimony regarding capital case representation and the court-appointed-counsel system from the time the case was tried.

Death penalty practice and law have been described as the ‘brain surgery of criminal law.  Here, most of the errors were more fundamental, ones no lawyer with even rudimentary grasp of capital case law should have missed.  Restating them has its worth – as an historic record of system failure and, perhaps, as a reminder of principles of law sometimes still ignored or flouted.

Where did things begin to go wrong?  At the guilt-determining trial, the prosecutor was explicit in telling the jury that this defendant was not the shooter but an accomplice.  In her penalty trial closing, counsel ignored what should have been deemed a binding admission and told the jury that she understood how some of them might believe he was the actual killer.

Having ignored what was arguably a binding ‘judicial admission’ of fact, counsel then sat by as the prosecutor made repeated errors in the penalty trial closing.  The prosecutor misstated the balancing test the jury must apply when weighing aggravating and mitigating factors; told the jury that the defense evidence of mitigation deserved no weight as it did not “excuse” the murder, when mitigation proof has no such requirement, a point established by the United States Supreme Court years before trial; argued that the defendant deserved death for a murder not charged in this case; and then put the jurors in the seat of the person riding next to one of the murder victims, an impermissible ‘golden rule’ argument.

Counsel’s own closing did her client no good.  Beyond letting jurors think her client might have been the principal actor, she failed to mention the mitigation proof she had offered of positive prison adjustment, giving jurors no idea as to why and how this could justify a sentence less than death.  All this in a case where the entire presentation to save a man’s life ran for fewer than a dozen pages of text.

So – why tell this story now?  Because in the years of appeals no court has addressed any of the errors listed here, itself a systems error; because we still have no process that ensures lawyers know enough that glaring errors like this can’t recur; and to bear witness that we have on Pennsylvania’s death row an individual whose sentence came from an error-ridden proceeding.

The Judge will have to decide the legal questions of whether the statistical proof of court-appointed counsels’ failure rate is ‘new’ evidence and, if new, suffices to overturn this death sentence.  But what the case review has already determined can’t be denied – this defendant never got what the Sixth Amendment and justice require, a lawyer who could ensure the law was followed and did not herself violate that canon found in medicine of ‘first, do no harm.’

A version of this article was first printed in THE LEGAL INTELLIGENCER of September 30, 2022.