Is it impermissible to use the term “victim” in a criminal trial? On its surface, the question may appear silly – the trial has a victim [accuser] and defendant [accused]. Yet the issue arises periodically, and was highlighted in recent trials. 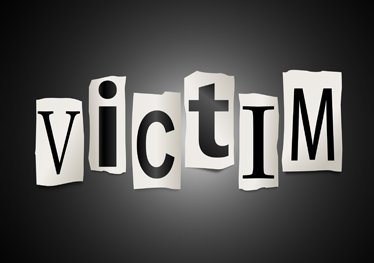 Second, why is this an issue now? A tremendous amount of publicity surrounded the decision of the judge in the Kyle Rittenhouse to bar the prosecutor from referring to any of the persons shot by Rittenhouse as “victims;” the prosecution was limited to using “complaining witness” or “decedent” when referring to the three men. Additional attention was paid to this in the Derrick Chauvin trial, when the judge refused to bar the prosecutor from using the “v” word in describing Mr. Floyd, although use of the term was discouraged.

In some trials, maybe this doesn’t matter – there is no dispute that a person was harmed and the defense is that of mistaken identification, although even there the results of the above study may give one pause. But where there is a dispute as to whether any injury occurred or that the conduct by the accused was not criminal but instead justified, words indeed should make a difference.
And the law? One can go back over 150 years to People v. Williams, decided in 1860 and perhaps the earliest case to consider the appropriateness of using “victim.” There, the California Supreme Court noted that “When the deceased is referred to as ‘a victim,’ the impression is naturally created that some unlawful power or dominion had been exerted over his person.” People v. Williams, 17 Cal. 142, 147 (1860). Furthermore, the court caution that trial courts “should not, directly or indirectly, assume the guilt of the accused, nor employ equivocal phrases which may leave such an impression.” Id.

This view—that the court must exercise caution when using the term victim in order to maintain neutrality for the jury—has been restated many times, but that concern does not translate into a ban or a guarantee of reversal on appeal. Courts have expressed particular concern if the trial judge uses that label and otherwise look to how pervasive the use was.

In one case, error was found when this term was used by the Judge. The Court of Appeals in Texas found in State v. Talkington that the reference in the jury instructions “to [the] complainant as the ‘victim’ when [the] issue was whether or not complainant consented to the sexual intercourse constituted reversible error.” Talkington v. State, 682 S.W.2d 674 (Tex. App.–Eastland 1984). More pointedly, the court noted that if the jury were to determine that “the complainant consented to sexual intercourse, she was not the object of a crime, and she was not a ‘victim.’” Id. at 675. However, if the reference to “victim” in the jury instructions is merely a recitation of the charge against the defendant, courts have found this to be appropriate. “The use of the term ‘victim’ in jury instructions is not prejudicial to a defendant’s rights when, as is the case here, the instructions taken as a whole clarify the government’s burden of proving all elements of the crime.” U.S. v. Washburn, 444 F.3d 1007, 1013 (8th Cir. 2006).

Illustrative is State v. Nomura, where a Hawaiian man was convicted of assault and battery against his wife, who was referred to as a “victim” during the trial. On appeal, Nomura challenged the use of “victim” in the jury instructions. The court agreed in part, holding that “the reference to a complaining witness as ‘the victim’ in criminal jury instructions is inaccurate and misleading where the jury must yet determine from the evidence whether the complaining witness was the object of the offense…” State v. Nomura, 903 P.2d 718, 722 (Haw. App. 1995). Furthermore, the court noted that the word victim “is conclusive in nature and connotes a predetermination that the person referred to had in fact been wronged.” Id. at 721. Nonetheless, this was deemed harmless error because the use was infrequent and “would not have had a substantial influence upon the jury’s verdict” Id. at 723.

The bottom line is that, as with many evidentiary issues, it will be the trial judge’s exercise of discretion that will determine whether and how much “victim” is permitted. Particularly where the issue involves a justification defense, the parties and court must assess whether hearing the word “victim” come from the mouth of the judge becomes an impermissible thumb on the scales of justice, and if the prosecutor’s use of the term is tantamount to vouching.

[Thanks to Temple University Beasley School of Law student Beth LaPiene for her exceptional research paper on this subject which, with her permission, provided the background for this article.]