When is a DNA ‘match,’ the gold standard for forensic discipline, accurate but insufficient?  A recent decision of the Connecticut Supreme Court reminds us of the limits of even this most potent form of proof. 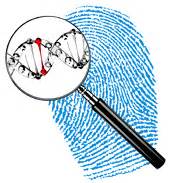 The power of DNA to prove guilt, establish actual innocence, or ‘raise a reasonable doubt’ cannot be questioned.  More than two decades ago, a Texas appellate court made clear that a DNA profile correspondence between the suspect and the crime scene evidence, standing alone, was enough to prove identity beyond a reasonable doubt, in particular in a case where the victim was unable to identify her assailant.

Identification evidence from an eyewitness inculpating a defendant, which can be unreliable and the product of suggestiveness, would not be relied upon by a court in the face of contradictory DNA evidence. Why then should not the opposite be true–that DNA evidence should be relied upon, even in the face of contradictory eyewitness identification evidence exculpating a defendant? Indeed, that is exactly what the jury had done here in finding the defendant guilty.

The DNA evidence at the trial was the product of careful evaluation by a recognized expert in a prominent laboratory using a scientific technique to determine a statistical probability. The eyewitness identification evidence came from an injured and traumatized rape victim using impaired vision while in the unfamiliar capacity of a witness in a strange courtroom setting.

Contrary DNA results are also admissible under a relevance standard to address whether guilt can be proved beyond a reasonable doubt.  As a New Jersey court explained in the post-conviction context, the presence of a different person’s DNA on clothing left at a crime scene may not completely prove innocence but can certainly raise doubt.  In that case, a robbery occurred, the defendant was arrested nearby, and near where he was found was the robber’s ski mask.  A report submitted in a motion for a new trial [one not offered at trial] showed the following:

Defendant was excluded as a potential source of the DNA inside the mask. The DNA was run through the CODIS database, which provided the name of a person whose DNA matched thirteen of fourteen potential alleles, with a one in 8.6 quadrillion chance it would occur in another African-American male. That person was under indictment in a July 2, 2002 armed robbery in Hudson County in which a ski mask was used.  Defendant was not excluded as a contributor to the DNA on the outside of the ski mask, with a match of six of six alleles, which would appear in one in 544 African-American males.

the DNA evidence as proffered was material…[,]evidence that would have some bearing on the claims being advanced…Here, the DNA evidence clearly bore on defendant’s denial of guilt and supported a claim of third-party guilt. Not only did it indicate that someone else had been wearing the mask, but it suggested that the bag, handgun, cigarettes, and cash found with the mask belonged to someone else.

Hence, the power of DNA.  But what was the failure in the Connecticut case?

Andre Dawson was one of several men observed sitting near where a gun was found. Dawson told police “he walked through Washington Village to Water Street, stopped to talk when officers came through and [they] found a handgun in the bushes in the area [where he] was talking.” All of the men provided a DNA sample; and all were excluded as the source of the ‘touch DNA’ found on the firearm except for Dawson.  The results for him were explained:

Why wasn’t this enough to convict?  The Connecticut Supreme Court focused on the limits of the proof, and the Court’s analysis is effectively a checklist for DNA cases:

What is the upshot?  DNA’s power can’t be questioned; but in so many cases (unlike Roberson) it is at best part of the story and not the entire case.  Those relying on it may need more proof; those potentially implicated need to understand the limitations of the science; and those charged with admissibility and sufficiency determinations need to know when DNA, however reliable, just isn’t enough.