Crotch-grabbing.  “Bimbo.” These were highlighted facets of two closing arguments in high-profile criminal trials in the calendar year 2022.  Were they a reflection of our national political discourse; an attempt to be aggressive as part of zealous representation; or offensive, stupid and ineffectual?  The final term – ineffectual – has no metric; it is impossible to prove how a single phrase impacted a trial, but one can surmise.  And the history of advocacy education, the science of persuasion, and juror expectations all counsel against this. 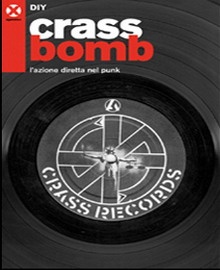 What were the incidents?  In the trial of the  Trump Organization on tax crimes, the defense contention was that the main prosecution witness, himself a member of the Trump business empire, testified due to the pressure exerted upon him.  As reported in Politico,

Weisselberg previously cut a plea deal admitting he dodged taxes on $1.76 million in compensation. He testified, sometimes emotionally, in exchange for the reduction of his possible 15-year prison sentence to five months on Rikers Island.

The defense’s closing arguments also seized on that arrangement.

“The prosecutors had him by the balls,” [a] Trump Org. attorney told jurors.

https://www.politico.com/news/2022/12/01/trump-organization-lawyers-blame-ex-cfo-for-tax-fraud-scheme-00071649 (last visited 1/2/2023).  The telling was not merely verbal – as one news outlet reported, the words were said as counsel was “gesturing suggestively with his hand while staring at the jury.”  https://www.cbsnews.com/amp/news/trump-organization-trial-closing-arguments-allen-weisselberg/#app (last visited 1/2/2023).

The second instance?  In the trial of Harvey Weinstein for sexual assault offenses in Los Angeles, defense counsel labeled one of the complainants a “bimbo.”  The exact quote was “she is just another bimbo who slept with Harvey Weinstein to get ahead in Hollywood.” What is the meaning of this term?

Let’s start with juror reactions.  In the tax trial, this is what an alternate juror reported:

The woman said that she spoke with her fellow alternates after they were dismissed, and that they shared her views. She noted that, like her, they were younger than the other jurors, and might have been more likely to see things similarly.

But she said the defense team’s arguments didn’t convince her of the corporation’s innocence. In fact, she said she found the defense’s style to have been bullying and, at times, inappropriate.

“Calm down and don’t let emotions get in the way.”

“Eye contact and an attempt to tell a coherent story to the jury was effective.”

“Speak to the jury, like you’re speaking face to face with one person.”

No drama? This was a common theme throughout the questionnaire. And my last point here is, don’t use TV lawyers as your guide. Jurors would say that. They don’t like it if you are overdoing it. You can certainly be passionate and should be passionate about your case. But don’t cross over the line into too many theatrics. The jurors don’t like attorneys who are overdramatic, and one juror said that she would like to see the attorneys “calm down and not let emotions get in the way.” So keep the drama out of the courtroom.

And advocacy masters?  Let me hearken back to Irving Younger and his “10 Commandments” Lecture.  In one iteration, Younger explains that to show a witness’ bias all that needs to be said in closing is that “she’s his mother” or words to that effect.  Younger’s insight as to the jury deliberation process was telling – as he noted wryly, once in the jury room the words “she’s a [expletive deleted] liar” would be said.

People are usually more convinced by rea­sons they discovered themselves than by those found out by others. By enticing the jurors to fill in the missing infor­mation, they will reach the desired conclusions. If you tell them, they will resist; but when they arrive at their own con­clusion, it sticks because they have persuaded themselves.

To test my assessment I reached out to PhD and nationally respected jury consultant Melissa Gomez (https://www.mmgjury.com/who-we-are/melissa-m-gomez/) .  Here is her take:

Not only do I agree with your conclusions, but it is important to note that these comments by attorneys were likely quite helpful to the opposition.

Attorneys are a reflection of their clients. So, in the examples you gave, the Trump organization’s attorney, by grabbing his genitals and making a lewd comment in court,  reflected a total lack of regard for professionalism and appropriate behavior. Instead, he perfectly demonstrated the actions of a company who believes it can act however it wants, wherever it wants. Verdict for the prosecution.

Dignity, anyone?  Professionalism?  The courtroom is not an old boys club.  And this was not effective advocacy.