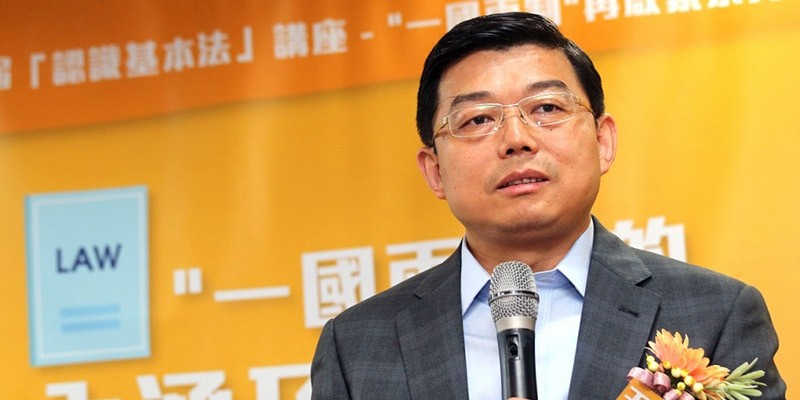 Zhenmin Wang, Dean of Tsinghua University School of Law, is visiting Temple from Beijing to discuss the rule of law in China—steps being taken to reform the legal system and establish rules for a modern economy and society—in the first Provost Lecture of 2016. A distinguished professor and expert in Chinese constitutional law and the legal and judicial reform processes, Wang has served as Dean since 2008. He was a major architect of Hong Kong’s Basic Law, which serves as a constitutional document, and is the newly appointed head of the legal department of China’s Hong Kong Office.

The Tsinghua University School of Law is the host of the Temple-Tsinghua Master of Laws (LL.M.) program. Established in 1997, this program educates Chinese judges, prosecutors, government officials (including NPC and State Council legal staff), law professors, and lawyers in U.S. and international legal principles. It is the first and longest-running foreign law degree-granting program approved by the Chinese Ministry of Education.

“It is a great honor to have Dean Wang visit Temple’s Main Campus,” said Provost Hai-Lung Dai. “He has played a crucial leadership role in developing legal education in China during the past 20 years. Wang has been influential in bringing recognition from the Chinese government and legal community to the LLM program for its achievements and contributions in introducing common law to China.”

Dean JoAnne Epps also commented on the significance of Wang’s lecture. “He is highly respected in the international legal education community. We are very interested in listening to his views on legal development in China.”

Under Wang’s leadership, the school—which opened in 1995—has become one of the best and most influential legal education institutions in China. Wang has also been instrumental in establishing the program between Tsinghua and Temple’s law schools as one of the most renowned international legal cooperative programs in China. The venture has educated hundreds of Chinese legal professionals about U.S. and international legal principles and practices.

Wang earned LL.M. and Ph.D degrees from the Renmin University Law School in China. He completed postgraduate research at Hong Kong University and studied constitutional law at Harvard as a Fulbright Visiting Scholar. A prolific author and accomplished researcher, Wang is actively involved with several prominent legal organizations in his country. He has also been a visiting professor at prestigious law schools in Europe, the U.S. and Australia.