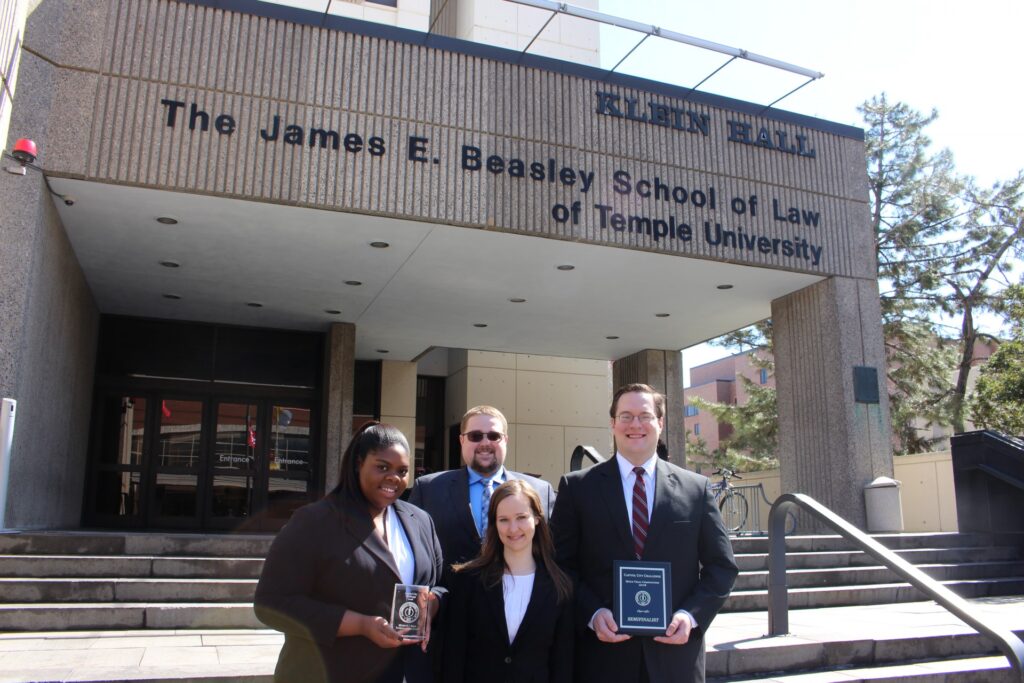 The Temple National Trial Team turned in an impressive performance at the tenth annual Capitol City Challenge, advancing to the semi-finals and picking up the tournament’s Professionalism Award.

The team, which included  John Cappel LAW ‘19, Brandon Glackin LAW ‘18, Kaylan Kerr LAW ‘19, and Catherine Twigg LAW ‘19, drew praise from the coaches of their semi-final opponent, an accolade with particular significance for Temple’s Director of Trial Advocacy, Professor Sara Jacobson LAW ’97 LLM ‘02: “Following the tournament, the coaches of the school they tried against in the semifinal round reached out to say our students were the best prepared and most professional they faced throughout the tournament,” Jacobson remarked. “When other coaches tell you how professional your students are, that makes you proud.”

Jacobson also expressed pride in the squad’s “tireless work ethic and constant support for one another, both as they prepared and during the competition.” She also noted that the final standings could easily have been very different, with some of the ballots in the semi-final round showing that the teams had tied.

The team was coached by Samantha Jones Holbrooke LAW ‘11 and Catherine Cramer LAW ‘13, both trial team alumnae. Director of Advocacy Programs Jules Epstein has long touted Temple’s extensive alumni network, particularly among the trial advocacy community, as one of the advantages of a Temple Law education in advocacy.