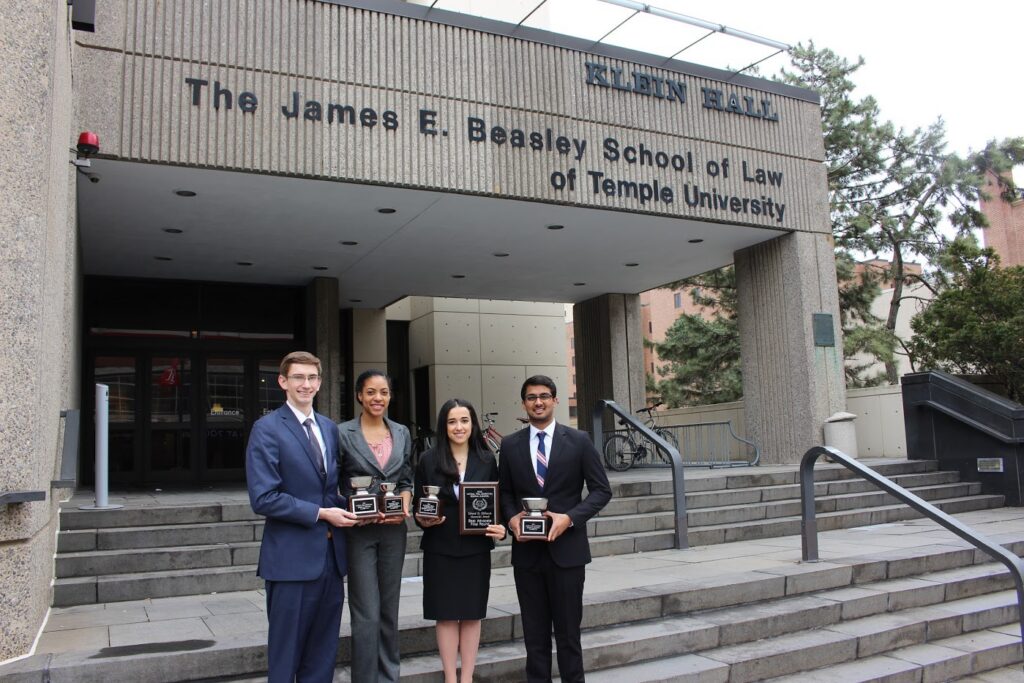 The National Trial Team turned in a dominant performance at the 2018 Region III Championship, winning their 30th championship in 32 years. Third-year law student Gabrielle Green and 2L Gregory Dachko advanced to the final round, while 3L Yashesh Patel and 2L Izabella Babchinetskaya won their final round and will advance to compete at the National Trial Competition in Texas later this spring.

In addition to the team victory, Babchinetskaya was named Best Advocate for her final round – an outstanding accomplishment for a second-year student.

The team was coached by Director of Advocacy Programs Jules Epstein and former Director of the LL.M. in Trial Advocacy Caroline Cinquanto. Epstein was effusive in his praise for the entire team’s effort: “We benefitted from the work of so many people,” Epstein remarked. “Other trial team members helped in practice ‘scrimmages’ and then volunteered as witnesses for the competition. More help came from trial team alumni, again in scrimmages, in helping during the competition, and in brainstorming the case. That’s one of Temple’s strengths: the depth, talent, and commitment of everyone who comes through this program. It’s a privilege to experience.”

Temple Law hosts the annual Region III Championship round, in which 22 teams from 12 regional schools compete for the right to advance to the National Trial Competition, widely considered the most prestigious of law school mock trial competitions. Epstein praised Mary Beth Wilson, program coordinator for the trial advocacy and clinical programs, for working to ensure that the competition “ran like clockwork, despite the daunting added challenge of the Eagles parade.” Marissa Bluestine, Executive Director of the Pennsylvania Innocence Project at Temple Law, directs the competition.

About the National Trial Team

The cornerstone of Temple’s Trial Advocacy Program is the championship mock trial team. Temple’s record in competition is unmatched. In the National Trial Competition-the Super Bowl of Tournaments- Temple has won 22 consecutive regional titles and three national championships; and added to that are successes in an impressive number of tournaments. The team participates in eight to ten national and invitational tournaments per year. Its record and work ethic set the standard of excellence for the trial advocacy program. Trial team members try at least one case during each semester of membership.

As Professor Epstein notes, the work never ceases. “We are now preparing three other teams for their competitions, each with the same level of commitment and cooperative assistance. Our goals are excellence in each endeavor and in making these students into great lawyers.”