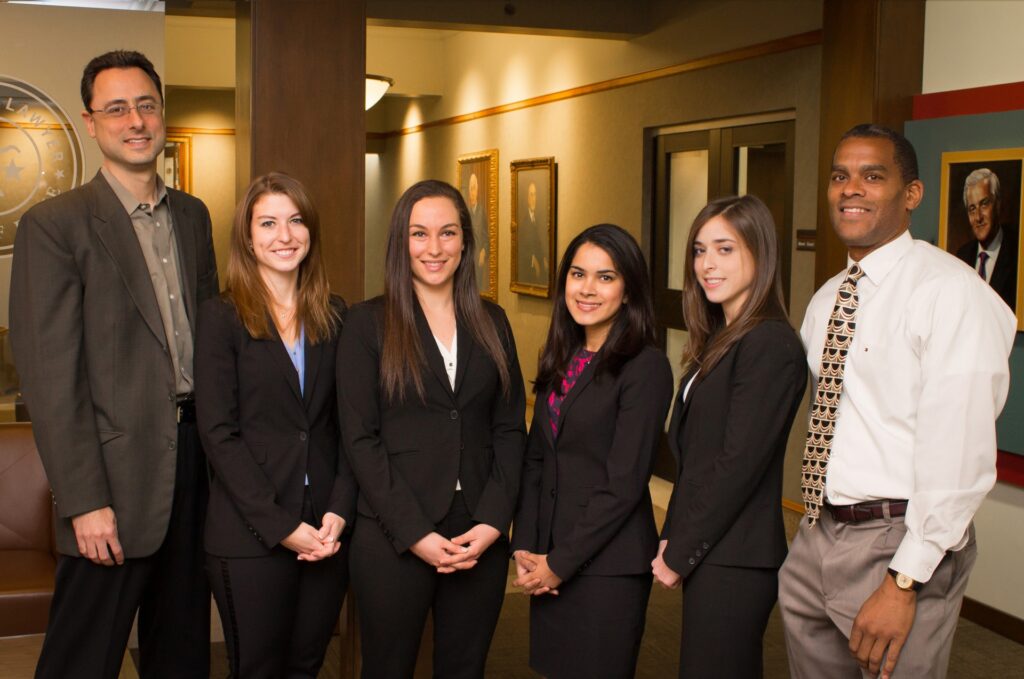 Professor Greg Mandel, who served as faculty advisor together with Professor Don Harris, praised Halsell and Mathew as, “simply outstanding. Faced with the challenge of an exceptionally difficult patent law problem, they put in a huge amount of work, honed outstanding advocacy skills, and made the school proud.”

While previous Temple teams have performed well in the competition, Halsell and Mathew’s second place finish is the best outcome in recent memory. They were supported in their efforts by their teammates in the regional round, 3L Lauren Green and 2L Diana Joskowicz.

The Giles Sutherland Rich Memorial Moot Court competition is named for the late Honorable Giles Sutherland Rich, Circuit Judge of the United States Court of Appeals for the Federal Circuit. The competition, comprising regional meets in various cities across the nation and a national final meet in Washington, DC, is an annual inter-law school event sponsored by the American Intellectual Property Law Association (AIPLA).