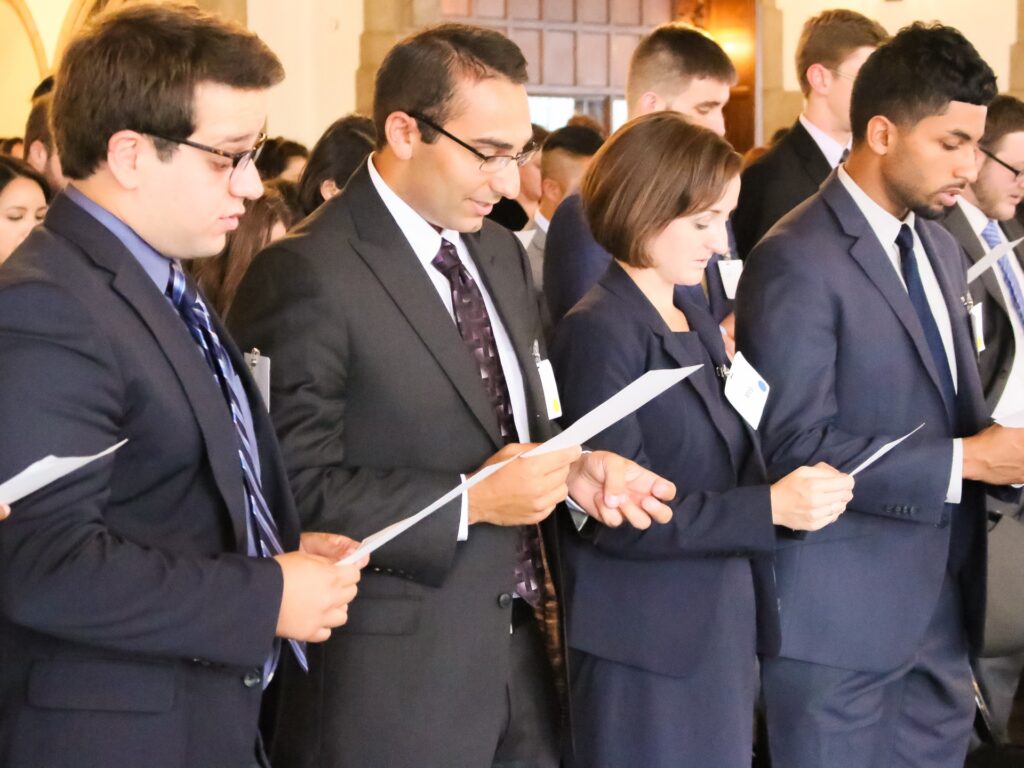 Temple Law School capped off orientation week by inviting the entering class of 2016 to take part in a pledge ceremony marking their entry to the profession. Each class member received a Temple Law lapel pin to signal their new status as a Temple Law student, after which the class recited the Pledge of Professional Commitment. The formal events were followed by a reception welcoming the new students to the Temple Law community.

The class was welcomed to the profession by the Honorable L. Felipe Restrepo of the Third Circuit Court of Appeals. Judge Restrepo encouraged the class to hold onto their ideals, but to also recognize that as they learn more about being a lawyer, what they want to do in practice may change. “How you ultimately define your career in the law,” he said, “is limited only by your integrity, energy, enthusiasm, and creativity.” Noting the wide variety of backgrounds from which the current class has come, including 24 students who were born in 17 different countries, Judge Restrepo remarked on his own journey from Colombia to the United States as a young child. Citing respect for the rule of law as a “hallmark of the United States,” he urged the class to, “never take for granted what a privilege it is to practice law in our country at this time in our history.”

He closed his remarks by commending the students for choosing Temple. “Any school can make you a lawyer,” he said. “Temple will give you the opportunity to learn how to lawyer. How to advocate. How to be your client’s champion…. You now share the privileges and the responsibilities of membership in the fraternity that is Temple Law – congratulations.”