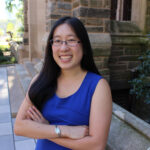 Chin-Arroyo’s winning paper, Silenced Voices: Indigenous Asylum Seekers in the U.S. Immigration System, addresses the inadequate protections afforded Central American immigrants who speak any of several indigenous languages, but not English or Spanish, and advocates for potentially life-saving reforms. “Language access is crucial to securing (or at least having a shot at securing) just outcomes in the U.S. immigration system (and other governmental and societal systems in general),” said Chin-Arroyo, who credits her service as a Spanish language interpreter at legal appointments and asylum interviews for several indigenous Guatemalan migrants with varying levels of fluency in Spanish (ranging from almost none to fluent) as her motivation for writing on this topic. “Even though language access is a civil and constitutional right and the U.S. government has known about and acknowledged the dire need for indigenous language interpretation for the past few years (since 2015, 3 of the top 25 language spoken in immigration court have been indigenous Guatemalan languages), indigenous asylum seekers continue to be denied access to interpretation in their native language (or are provided with incompetent interpretation), leading to medical neglect (e.g., two indigenous Guatemalan children died in CBP custody in Dec. 2018), denial of fair hearings, and erroneous deportations (e.g., deported even if they are eligible for asylum).”

The Ruth Bader Ginsburg “Pursuit of Justice” Legal Writing Competition is open to students from the six local law schools. Since the competition was established in 2003, Temple Law students have taken top honors 12 times. Winning papers are traditionally published by the Bar Association online and in one of their several publications.