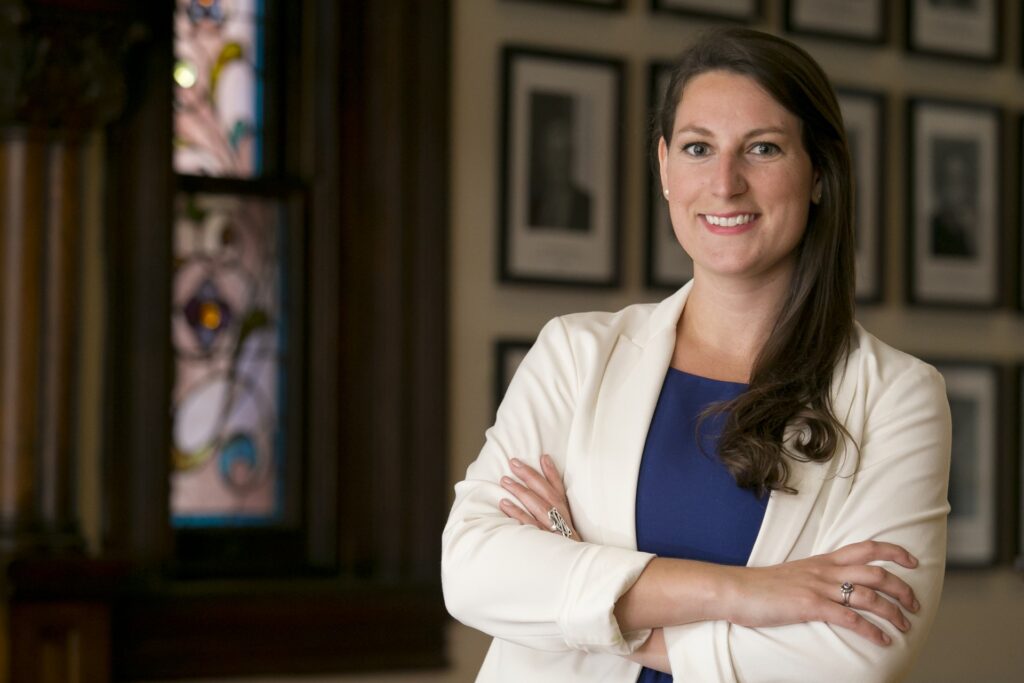 Third-year student Lilah Thompson has been named a 2016 Pro Bono Publico Award Merit Distinction recipient by PSJD, a public service initiative of the National Association for Law Placement (NALP).  Only three law students nationwide receive such recognition each year. 2016 is the third year in a row that one of those students has hailed from Temple Law.

Thompson was chosen for her work on Between Borders: A Refugee Simulation, in which she created, single-handedly, a participatory workshop that simulates each stage of life as a refugee. Nearly sixty participants took part in the awareness-building activity, placing themselves in “the shoes of a refugee” in order to gain a better understanding of the refugee experience.  Held in March 2016 at the National Constitution Center, the event has had a powerful impact on those who attended or played a role. “Given the state of public discourse around refugees,” remarked faculty advisor Jaya Ramji-Nogales, “this was a crucial intervention for participants as well as for the Temple Law community and other Philadelphia residents who learned about the simulation from the extensive news coverage it received.”

Read More about Between Borders: A Refugee Simulation

Thompson, who hopes to replicate Between Borders around the country, remarked on how personally significant the award is for her: “This award is so meaningful to me because it serves as a reminder that students can be advocates for change in their community, even before getting a law degree,” she said. “I had a vision to change the narrative about refugees in the United States, and I received overwhelming support from my community in forming this project. Together with my professors and peers at Temple Law, and refugees and service providers in Philadelphia, we brought Between Borders to life. This award is a great honor because it recognizes the ability to push outside the confines of what we think we are capable of, and challenges all of us to use our creativity and dedication to generate change.”

Ramji-Nogales noted that Thompson’s passion and vision were what made the project such a success. “I have been simply blown away by Lilah’s talents, skills, energy, and dedication to this program,” she said. Ramji-Nogales also remarked that in addition to increasing community awareness about what refugees experience, Between Borders brought together the refugee law community itself. “The refugee law community in Philadelphia was deeply involved in the program; many refugee advocates have expressed their enthusiasm for the program to me directly,” she said.  “In addition to the opportunity to provide information to a broader public, the simulation itself was a terrific way to bring together the refugee law community.”

The PSJD Pro Bono Publico Award and the Merit Distinction Award are given each year in honor of the recipients’ extraordinary commitment to pro bono service and significant contributions throughout their law school careers. 2016 is the third year in a row that Temple Law has been represented: Emily Bock LAW ’16 was a 2015 Merit Distinction recipient, and Alex Dutton LAW ’15 was the 2014 Pro Bono Publico recipient.