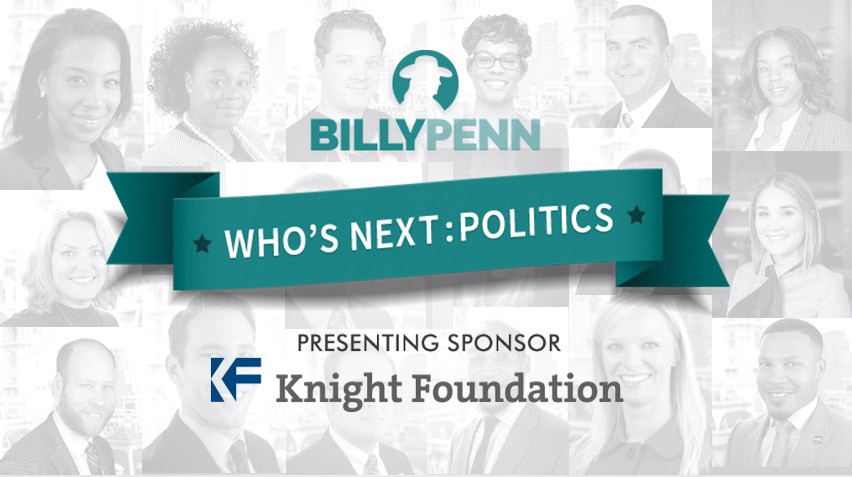 Temple Law is committed to developing lawyers who hit the ground running – who work hard, and get results. When they’re recognized for this hard work, we couldn’t be more proud. Two of our Law Owls, 3LE Elliot Griffin and Wade Albert LAW ‘07, recently made BillyPenn’s ‘Who’s Next in Philly’ list for local politics, proving once again that a Temple legal education is an education in making a difference.

Griffin, a third-year evening student, balances a busy career with her legal education. Currently an associate at Ceisler Media & Issue Advocacy, Griffin monitors national, state, and local news and advises clients based on current trends. Her work includes drafting media materials and planning and promoting media events in Philadelphia and across the state.

“Many of the clients I work with have issues that are playing out in Philadelphia City Council or in Harrisburg,” she says. “My legal studies have certainly helped me effectively read and interpret legislation and regulations that are relevant to our clients at CMIA.”

She didn’t start out in media and communications, however. When she began law school, Griffin was working for a city council member and thought she would use her law degree to continue working in government and politics. “After my first year of law school it opened my eyes to how many different opportunities there are in the law,” she said.

She took advantage of Temple’s experiential learning program to secure an internship in the general counsel office at Exelon, where she had the opportunity to work on everything from labor and employment issues to intellectual property matters. “I recently accepted a summer associate position, so I’m hoping that my legal education combined with my background in communication will help me transition into this new career,” she says.

Whether law school is a bridge to a new career, or a stepping-stone on the path to success, our students use their degrees in a variety of ways.

Wade Albert is just one example. An attorney and Philadelphia native, Albert is involved in a number of political ventures and community organizations. He serves on several local boards and frequently provides pro bono services at expungement and LGBT law clinics.

“I strongly believe that government not only has the ability, but the duty, to help people and effect positive social change,” he says. “Through my political work, I am doing my part to advance those ideals and support others who share that outlook.”

“Without any doubt, my education at Temple Law shaped my work and will continue to do so. My professors taught me a respect for the institutions of our democratic system, educated me on the written and unwritten ground rules of political discourse, and gave me the tools to be an advocate within the system.”