The incoming class of first-year law students are not the only new faces at Temple Law School this fall. They are joined by five new and visiting faculty members whose experience and expertise span the legal spectrum: Michelle Cosby, Stephanie Didwania, Shanda Sibley, Robert Tsai, and Andrew Weiner. 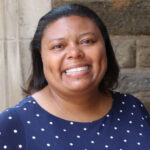 Michelle Cosby is the new Director of the Law Library and an Associate Professor of Law. In that capacity, she provides support for the research activities of our law faculty and students and oversees the daily operations of the Library, including teaching, personnel, budget, and administrative activities. Before joining Temple, Professor Cosby served as associate director at the University of Tennessee Joel A. Katz Law Library, senior reference and instructional services librarian at the North Carolina Central University School of Law Library and as a reference librarian at the law libraries of the universities of Kentucky and Miami. She is the current president of the Association of American Law Libraries. Professor Cosby earned her JD from Indiana University Bloomington Maurer School of Law and her MLS from Indiana University Bloomington. 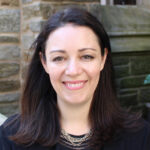 Stephanie Holmes Didwania joins Temple as an Assistant Professor of Law, teaching courses on criminal law and criminal procedure. She is an empirical scholar who studies the law and economics of the criminal legal system. In addition to her interest in criminal law, Professor Didwania has also written on the effects of copyright protection in the music industry. She earned her JD from the University of Chicago Law School and her Ph.D. in Managerial Economics and Strategy from Kellogg School of Management at Northwestern University. Before joining the faculty at Temple, she was a Harry A. Bigelow Fellow at the University of Chicago Law School and a law clerk for Judge Richard A. Paez of the United States Court of Appeals for the Ninth Circuit. 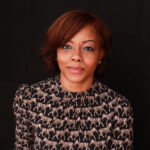 Shanda Sibley will direct a new Social Justice Lawyering Clinic at the Sheller Center for Social Justice, where she will work with law students on issues related to the collateral consequences experienced by individuals who have had contact with the criminal legal system. Before joining Temple, Professor Sibley was an acting assistant professor and the associate director of Lawyering at NYU School of Law. Prior to entering legal academia, she was an appellate public defender in New York City. She also clerked for Judge Eric L. Clay of the United States Court of Appeals for the Sixth Circuit. Professor Sibley earned a B.A. in Comparative Literature from New York University, an M.A. from the University of Chicago, and a JD from New York University School of Law. 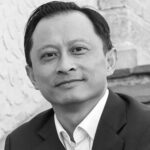 Robert L. Tsai is the Visiting Clifford Scott Green Professor of Constitutional Law.  He is the author of three books on constitutional law, democratic theory, and legal history; his latest book is Practical Equality: Forging Justice in a Divided Nation (W.W. Norton 2019). Professor Tsai also pens essays on law, politics, and culture for a broad audience, and his writings have been published by Politico, Boston Globe, Washington Post, Boston Review, Slate, and the Los Angeles Review of Books.  He is a magna cum laude graduate of UCLA and a graduate of Yale Law School, where he received the Harlan Fiske Stone Honorable Mention for Oral Argument and served on the Yale Law Journal. Professor Tsai clerked for Judge Denny Chin, S.D.N.Y., and Judge Hugh Bownes, U.S.C.A. 1. 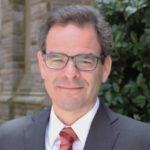 Andrew Weiner is the Director of the Graduate Tax Program and a Practice Professor of Law. Prior to arriving at Temple, Professor Weiner spent more than a decade as an attorney in the Tax Division of the Department of Justice, initially in the Appellate Section, and then at the trial level in the Court of Federal Claims Section. He received numerous distinguished service awards during his tenure. He also served as an adjunct professor at American University Washington College of Law, where he taught corporate and partnership tax. Professor Weiner started his career as an Associate at O’Melveny and Myers, LLP in Washington, DC. He also clerked for Judge Stanley Marcus of the U.S. Court of Appeals for the Eleventh Circuit and for Chief Justice Deborah T. Poritz of the New Jersey Supreme Court.