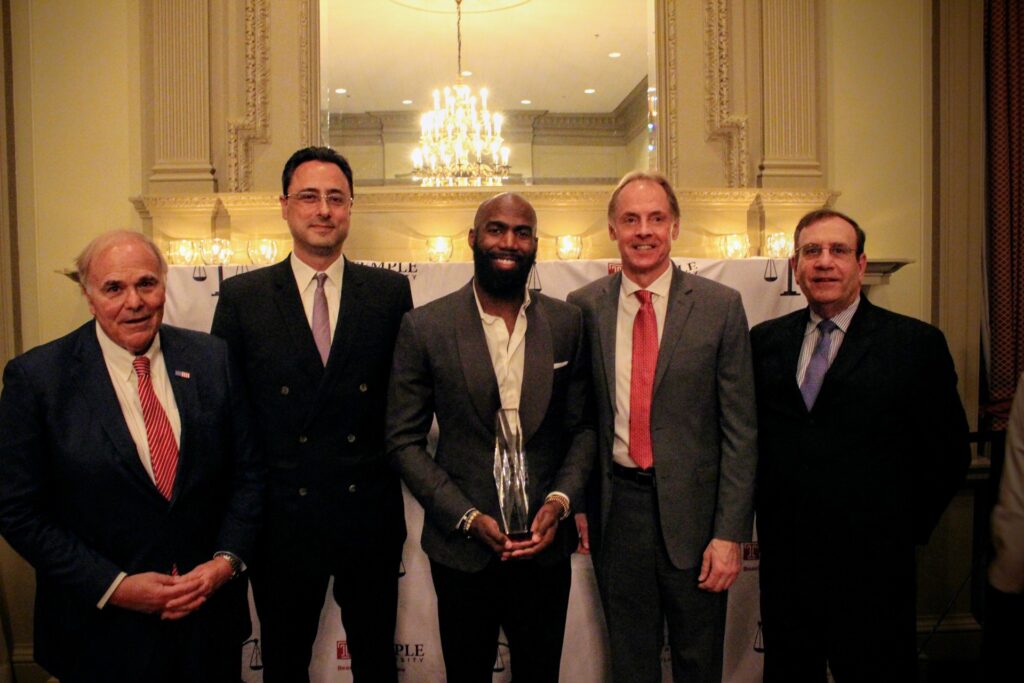 Philadelphia Eagle Malcolm Jenkins has another trophy to add to his collection – this one for heroics performed off the field of play.

The Temple Law Sports Law Program, created and led by Professor Ken Jacobsen, honored the Super Bowl Champion on April 18th with the inaugural Love for the City Award at a gala reception and dinner. Former Governor Ed Rendell offered remarks titled What the Eagles’ Super Bowl Victory Means to Philadelphia, and the Eagles Pep Band entertained guests at a cocktail reception prior to the main event. Jenkins, who was selected for the award on the basis of his leadership in the Players Coalition, accepted the honor with remarks about what the City of Philadelphia has come to mean to him, as well.

The “Love for the City” award is presented annually to individuals or an organization whose contributions transcend sports. Emulating the values of the City of Brotherly Love by using sport to make a positive impact on society, the Love for the City award recipient possesses strength in the face of adversity, courage in the face of uncertainty, and the willingness to stand up for their beliefs no matter what the cost. The recipient lets their actions speak as loud as their words.