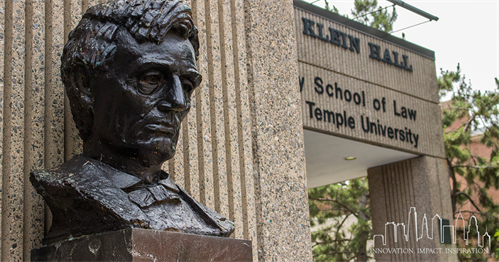 Temple Law School has jumped up 14 points to grab the 35th spot (11th among public law schools) on the National Law Journal’s report of the top 50 “Go-To” law schools. No other school appearing on both the 2014 and 2015 reports saw such a significant jump, another indication of Temple’s national reputation for producing high caliber, practice-ready graduates.

The report, which is produced annually, ranks law schools by the percent of new graduates hired as associates by firms in the NLJ250.  In addition to the number and percent of graduates placed in such firms, the report includes information about each school’s total number of graduates and current tuition. Temple Law School had the second lowest tuition among the schools included in the report and the lowest among the schools representing the region.