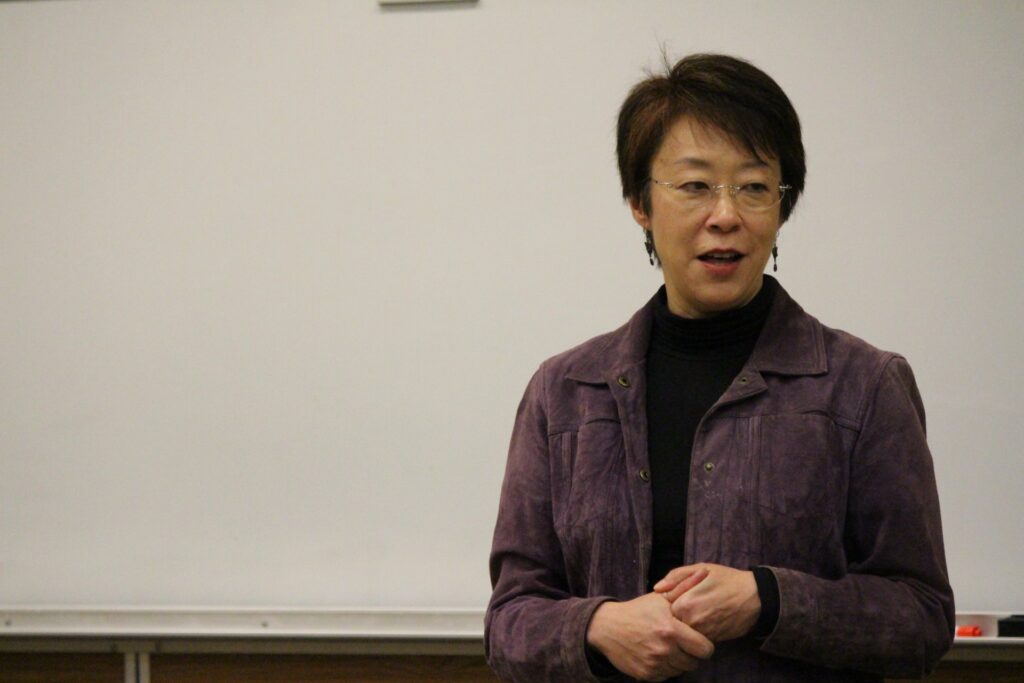 Editor’s note: Guest author Prina Patel is a second-year law student at Temple University Beasley School of Law, interested in pursuing a career in healthcare compliance, and will be participating as a fellow in the Temple Law Summer Compliance Fellowship Program this summer.

The Center for Compliance and Ethics welcomed Hui Chen, the first ever Compliance Expert at the Department of Justice Fraud Section, to Temple Law on Presidents’ Day for a wide-ranging talk about compliance, ethics, and personal morality.

To say that Ms. Chen has a diverse work profile would be an understatement. She’s a global citizen, and it’s not just her work as an attorney that’s taken her around the globe. When she finds herself discontent with her work, she uses her moral compass and intuition to re-calibrate her career path, and it’s taken her in some interesting directions. She’s gone from working as a minister in New Jersey to doing compliance work for Microsoft at the Beijing Olympics. She’s worked on emerging market lending in London and toured the Amazonian rainforest. To explore her passion for food, she called to get a job as a part-time sous chef in different restaurants in Italy.

That said, her work as an attorney has taken her far and wide as well, from an earlier role as a trial attorney in the criminal division of the DOJ to several high profile inhouse roles in global corporations in the tech, financial, and pharmaceutical industries. It was with the perspective of these varied experiences that she returned to the DOJ in November 2015 as the first ever compliance expert within the fraud section, an incredibly important and influential position. “[The creation of the role and resulting work] was actually so popular, that there was actually thought of expanding,” she said. But the 2016 election changed everything for Chen. The ethical and compliance-related inconsistencies of the new administration began to trouble her, and she found herself again discontent with her work. “One of the things that was really important to me was really having that credibility to be asking the questions that you’re asking.” When the surrounding circumstances called that credibility into question, Chen began to wonder whether she would be able to fulfill the duties of her job.

When former FBI Director James Comey was fired in May 2017, Chen knew it was time to walk away.  “I thought that if a company had come in [to the DOJ] and told a story that was essentially the head of our investigation was fired because he was looking into the CEO’s friend, and the CEO told him to drop it and he didn’t, that would give me serious concerns about their compliance program. Yet, that’s what I saw happening…and I was very troubled by that.”

What does Ms. Chen think lies ahead for the DOJ? “Watch where the resources go,” she said, “to figure out what the priorities are.” She noted that the DOJ’s new budget proposal prioritizes gun and drug prosecutions, not white collar crimes. In fact, she says, the leadership of the DOJ has minimal background in white collar prosecution itself. For herself, she is working as an independent compliance consultant speaking, writing, and working to protect our democracy.

While we often sandwich the terms “compliance” and “ethics” together, Ms. Chen emphasized to the audience that sometimes these two terms actually diverge. We’re seeing this divergence play out in the current social and political climate, she says, in which some would argue that what constitutes compliance does not constitute ethical conduct. “Compliance, by definition, is doing what the law requires. Think about what that means if you are living under apartheid, or in 1930’s Germany. If you’re ethical, if you have your own ethical compass, then you might choose not to comply.” For law students soon to be entering the profession, it’s going to be difficult to grapple with these issues, and it was inspiring to see Ms. Chen thoughtfully navigating this murky terrain while maintaining her sense of morality, balance, and self.