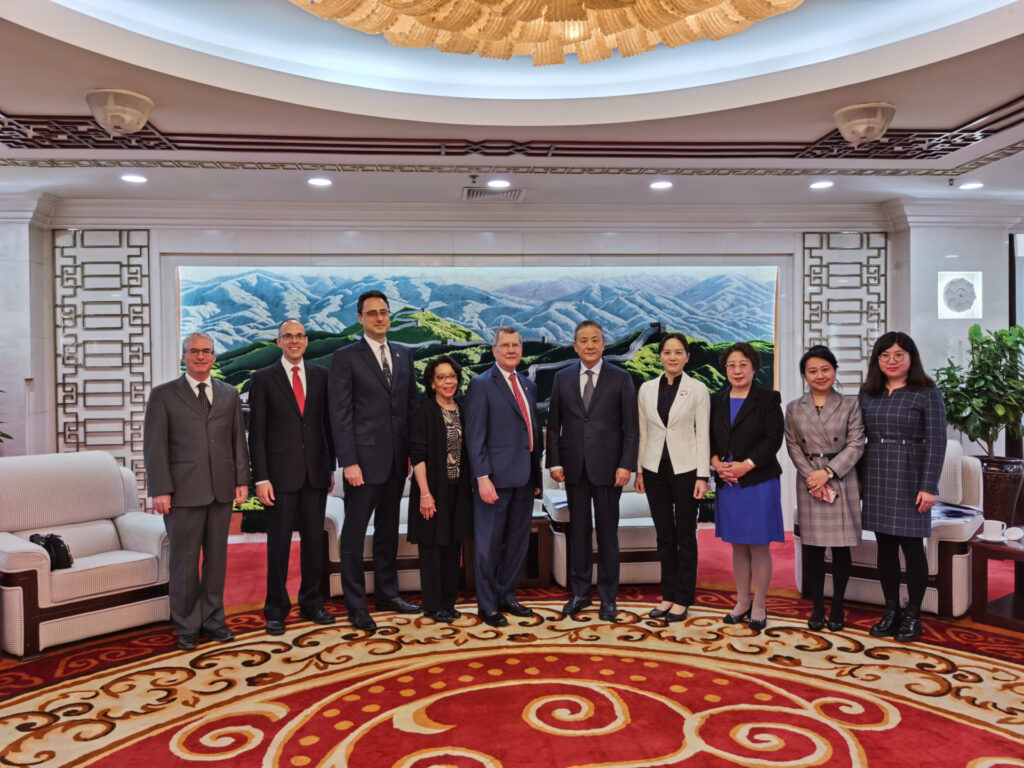 A delegation of senior administration officials from Temple University, including President Richard Englert, Provost JoAnne Epps, Law School Dean Gregory Mandel, and Assistant Dean John Smagula recently visited Tsinghua University in Beijing to mark the 20th anniversary of Temple’s Master of Laws program. During their visit, the Temple officials were honored to meet with Justice Hu Yunteng of the Supreme People’s Court. The Court subsequently reported on the visit through its news service, a translation of which follows.

20 years in, Temple’s program in China teaches ‘rule of law’ amid tensions between Beijing and Washington | Trudy Rubin

Justice Hu said that the Supreme People’s Court has maintained great long-term cooperation with Temple University and the two sides have carried out extraordinary cooperation in the area of judicial training. The Fourth Plenary Session of the 19th Central Committee of the Communist Party of China (CPC) has just concluded. The meeting made major arrangements for upholding and improving socialism with Chinese characteristics and promoting the modernization of the country’s governance system and capacity. The meeting also provided important opportunities for further comprehensive advancement of the rule of law and strengthening the cultivation of legal talents.

Justice Hu said the Supreme People’s Court attaches great importance to the cultivation of high-quality legal talents and hopes to deepen exchanges with Temple University, carry out practical cooperation in personnel exchange visits, short-term training, research on the case method and other activities, and jointly promote the cultivation of legal talents.

President Englert thanked Justice Hu for the meeting and expressed the hope to strengthen exchanges and mutual learning with the Supreme People’s Court of China, promote the establishment of long-term cooperation projects and promote the continuous development of bilateral friendly relations.

The visit was also the subject of an article published by Tsinghua University, the translation of which follows.

On the morning of November 1, President Qiu Yong of Tsinghua University met with

President Richard M. Englert of Temple University and his delegation at the President’s

President Englert thanked the Tsinghua Law School for its support for the Temple-Tsinghua Master of Laws Program. President Englert subsequently attended the 40th anniversary of the awarding Deng Xiaoping an honorary doctor of law degree by Temple University and the Graduation Ceremony of the program in 2019.

The Temple-Tsinghua Master of Laws Program is the first joint program to award a foreign law degree in China with the approval of the MOE. Up to now, there are a total of 776 graduates from the program, including 103 judges, 110 prosecutors, and 39 university law professors.

Temple University, founded in 1884, is a comprehensive public university based in Philadelphia, Pennsylvania. Temple Law School is nationally ranked among the Best 50 law schools in the U.S. for many years and is world-renowned for its trial advocacy, legal writing, international law, and intellectual property law specialties.