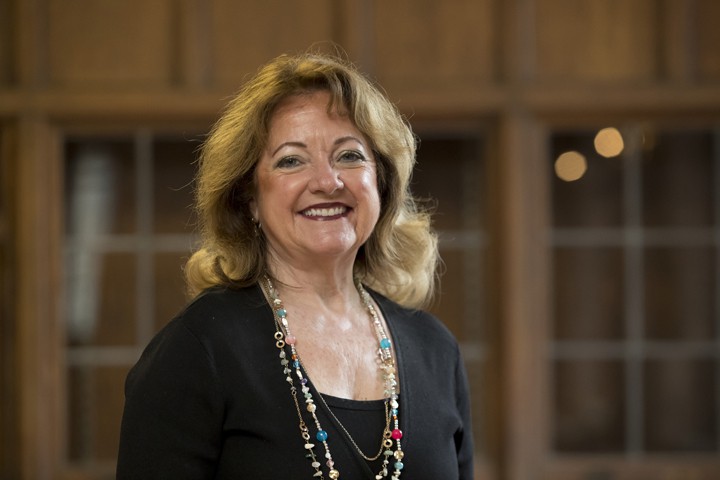 Temple Law School recently announced the creation of the Hon. Nelson A. Diaz Professorship, with Alice Abreu as its inaugural holder. Abreu, who co-directs the Center for Tax Law and Policy, is a celebrated tax educator and scholar whose prior accolades include the Great Teacher Award, the highest honor given by Temple University to its faculty. We sat down with Professor Abreu to learn more about the Diaz Professorship and its impact on her work.

TLS: Congratulations on this honor, Professor Abreu! Can you talk a bit about what the Diaz Professorship means to you personally?

AA: This is indeed a tremendous honor.  Judge Diaz is an icon of the Philadelphia Bar and has blazed many trails, both as a Temple alumnus and as a Latino. The Diaz Professorship is the first endowed professorship that honors a Latino, and for me, a Cuban-born woman, being its inaugural holder is especially meaningful. Although I knew of Judge Diaz when I was a young tax associate at Dechert in the late 1970’s – the only Latina, I’m pretty sure –  I did not meet him until I joined the Temple faculty in 1985. He was a frequent presence in the law school and, as an alumnus and a Judge, served as an inspiration to many students, and to me. His career spans not only private practice, academia, and the bench, but includes high-level public service, as both a White House Fellow (appointed by President Carter) and as General Counsel to the Department of Housing and Urban Development (appointed by President Clinton).

TLS: What does this Professorship say to prospective Latinx students and faculty about Temple Law School?

AA: This Professorship represents diversity on many levels, including diversity within the Latinx community itself. Judge Diaz and I are representative of that diversity. For example, Judge Diaz was born in New York, eight months after his mother arrived there from Puerto Rico, whereas I was born in Cuba and lived there until I was almost 9 years old and Castro’s revolution upended my life. Our experiences as a Latino and Latina in a culture for which gender is complicated, to say the least, have been very different. The Latinx community draws from many backgrounds and cultures, and as a result is anything but monolithic. Rather, it is itself diverse, and the differences between Judge Diaz and I make that patent.

Nevertheless, despite our differences we both connected at Temple, where we both got to know former Temple Law Dean Carl Singley. Judge Diaz knew Carl Singley as a student, friend, and mentor, whereas I knew him as the Dean who hired me, for which I will always be grateful. The Judge’s autobiography, Not From Here, Not From There (No Soy De Aqui Ni De Alla) describes a law school that was very different from what I experienced in 1985.  Whereas Judge Diaz describes an institution that “did not support its students,” I joined the Faculty of an institution led by its first (but by now, not only) Black Dean, who was committed to creating the nurturing and supportive environment he and Judge Diaz had longed for as students.  I was part of an entering class of four faculty, three women (one each Black, Asian, and Latina) and one white man, three of whom are still on the Faculty today. Judge Diaz’ activism helped to effect that change. Since JoAnne Epps, Wendy Shiba, Rick Greenstein, and I joined the Faculty, Temple has become a place that prides itself in being a diverse and inclusive community. As just one example of Temple’s current commitment to equity, diversity and inclusion, last semester the Curriculum Committee that I chaired recommended, and the Faculty approved, the addition of a graduation requirement pursuant to which every graduate beginning with the class of 2024 (this year’s entering class) will have taken at least one course addressing issues of implicit bias in the law.

TLS: Your recent scholarship has focused on increasing diversity among tax practitioners. How will this Professorship advance that work?

AA: Being named to a Professorship is an honor because it is a concrete representation of the respect and admiration that your peers and the leaders of the institution have for your work. Holding the first law school professorship that bears the name of a Latino lawyer and Judge is especially meaningful because it brings diverse names and stories into the mainstream of the legal academy. It offers the promise of more to come. The Professorship will give me a platform from which to participate in more conferences, both in the US and abroad, when the day finally comes that everything isn’t virtual.  It will also allow me to disseminate my work on increasing diversity in tax more persuasively because of the increased status a named professorship affords.

TLS: Our last question is about you. You have worked tirelessly to create new opportunities for tax education and service at Temple: running a VITA training each year, creating the Low-Income Taxpayer Policy and Practice course, and most recently establishing the Low-Income Taxpayer Clinic, directed by Professor Andy Weiner. What drives this work, and where do you want to go next?

AA: I love tax and I’d like every student to do likewise.  The tax law affects just about every aspect of our lives and reflects our most deeply held values.  Although it may seem to be just about money, those who know the tax law know that it is really about what we value as a society. As just one example, from its inception the tax law has valued capital and its owners, a disproportionate number of whom are white, over labor and its providers.

Nevertheless, the federal income tax also reflects the value of compassion – of caring for those in need. As a result, the tax system is now the principal mechanism for the delivery of social safety net benefits, including the delivery of aid prompted by the pandemic. For example, all three “economic impact payments” designed to provide immediate cash aid to individuals reeling from the pandemic, were structured as tax credits and delivered through the tax system.  The Child Tax Credit, long valued for its role in reducing child poverty, has grown exponentially as a result of the pandemic-response legislation, and the Earned Income Tax Credit, which supports low income workers, particularly those with children, has grown as well. But because those benefits are delivered through the tax system, they are administered by the IRS and claimed and accounted for through tax returns. Tax is at the heart of those benefits, and individuals entitled to them need help from tax lawyers who can navigate the labyrinth that is the tax law and the gargantuan bureaucracy that is IRS.

Today’s tax lawyers not only represent multinational corporations; they are also poverty lawyers. Training students who can help low income taxpayers take on the IRS is vital to ensuring that those taxpayers receive the benefits intended for them. Low income taxpayer clinics (LITCs) are the principal providers of such representation, and I am intensely proud that as of this year, Temple finally has an LITC that is helping taxpayers in need, including taxpayers with limited English proficiency. Indeed, I am now working with a Puerto Rican client who very much appreciates that I can explain the tax law in Spanish.

In addition, although the tax law today may seem race and gender blind, it is neither race nor gender neutral.  Professor Dorothy Brown’s recent and pathbreaking book “The Whiteness of Wealth” vividly illustrates that. Everyone should know how the tax system helps to entrench white supremacy, because only by understanding can we dismantle it. The Tax Center has held and sponsored numerous programs that expose the lack of gender and racial neutrality in the tax law, and has been instrumental in bringing diverse role models to the Law School.  In the Fall of 2019, when we were still in-person, Tax Court Chief Judge Maurice Foley, the first Black judge on the U.S. Tax Court, delivered the Fogel Lecture at the Law School to a standing-room only audience in our largest classroom. I hope that the Center will be able to engage in enhanced programing as we emerge from the pandemic. That’s where I want to go next.