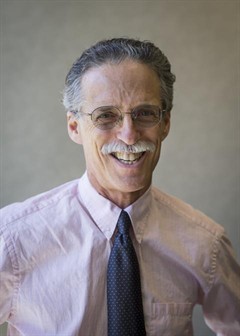 Ed. note: Temple University Beasley School of Law recently announced the selection of Jules Epstein as Director of Advocacy Programs. We sat down with Professor Epstein to learn more about why he chose Temple, why advocacy skills are essential for all lawyers, and his vision for the future of advocacy at Temple Law.

TLS: What is it about Temple that made this job so appealing for you?

JE: Temple really is committed to advocacy. The school doesn’t just talk the talk. It walks the walk. You may notice I’m using the term “advocacy,” not just “trial advocacy.” Why? Because Temple is committed in terms of resources and in terms of recognizing that advocacy is on an equal plane with traditional doctrinal learning.

The second reason is that Temple has great students, so the opportunity to come here and work with really smart, energized, and engaged students adds to the appeal.

Finally, I learned advocacy from Eddie Ohlbaum as a wet-behind-the-ears public defender starting in 1978. I groaned when he left the PD’s office. He came to Temple and I watched him build a program that was second to none. So I know that I am coming to one of the, if not “the”, finest programs in the United States, and that opportunity alone is very appealing to me.

TLS: Why do you feel an education in advocacy is so important? What about students who don’t want a career in litigation?

JE: Anyone who wants to should have the chance to gain an understanding of what skills she or he needs to be an advocate, and to start building those skills while they’re here. My goal is to ensure that anybody who wants an advocacy education will get a darned good one. Because if I only train a few well and leave everybody else to their own devices, I’m not doing right by the school, the students, or the profession.

We have to distinguish advocacy from litigation. The statistics are overwhelming:  90+% of civil cases settle and 90+% of criminal cases settle in the sense of a plea arrangement. But advocacy is much more than litigation. Advocacy can happen in the preliminary stages of investigating a civil case, or in depositions, when your deposition strategy may be to position the case for settlement. Advocacy is knowing how to do that.

Advocacy is in arbitration. Advocacy is in mediation. There are members of the Temple faculty working on advocacy in transactional matters. There’s certainly appellate advocacy, which is like litigation, but without witnesses. Advocacy is in motions practice. So, broadening without diluting – this is the tension – we want to broaden what we teach as advocacy while making sure that the fundamental skills are never diminished or ignored.

TLS: You have been teaching Trial Advocacy and Evidence since the 1980s and 1990s. What about trial advocacy has changed since that time? Conversely, what has remained the same?

JE: I think the biggest change to how we do trial advocacy is that cognitive psychology offers a lot more to people who do advocacy than it did in 1988. Back then, we knew something about concepts like primacy and recency, but now, with a few decades and several levels of research, there is much more to know about the world of cognitive psychology. So, that’s one big thing.

TLS: In a nutshell, how do advocates use cognitive psychology?

JE: Cognitive psychology informs so many aspects of courtroom practice. For example, we now know that jurors use storyboards to frame what they do. They draw conclusions from a judge’s body language with respect to a witness. So it can be juror psychology, judge psychology, or witness psychology. There are studies on all of those. Now, it’s not possible, in a one-semester trial ad course, to squeeze all of that in, but if nothing else we can make the resources available, and make people aware that when they go out into the world they better look at this stuff.

Here’s a better example: How are decisions made? How do you shake people loose from firmly held beliefs? I do a lot of work in eyewitness reliability. The work I do in training lawyers how to handle eyewitness cases is to make them understand that jurors think, “I’ll never forget that face.” Lawyers have to unanchor jurors from that preconception, and there’s an entire psychology to doing that, which is called thinking fast and thinking slow.

The other difference is technology. It offers so many advantages: the ease of videoing students, of having, on a variety of platforms, a whole bunch of videos that they can watch, and then, just exposing them to the technology in the courtroom.

What has stayed the same? There is still the fundamental approach of no leading questions on direct examination and leading while on cross. The basic skills haven’t changed. I just gave a lecture on “The Ten Commandments of Cross-Examination” and what they’re missing – and they’re missing a lot. But if everybody would just follow the 10 Commandments of Cross-Exam, the quality of lawyering in the United States would go up who knows how much.

TLS: You’ve said elsewhere that you would like to explore what expanded education in advocacy could look like at Temple. What do you have in mind?

JE: Obviously, my first commitment is running the program for the students. But to me, a dynamic advocacy program also provides resources to the community. What community do I mean? As an example, I personally already do a lot of judicial education – I’m on the faculty for the National Judicial College, and I get called all the time to train judges in New Jersey and Pennsylvania. I view that as part of my role as a law professor; part of my giving back. But to the extent I can, I want to link that to Temple Law School.

TLS: What’s the #1 thing that current and future Temple students should know about you?

JE: Two things.  I know you only asked for one, but I’m going to give you two. First, I’m still learning. They’re going to get a professor who every day is excited to come to school. I am constantly learning, and I want them to know that I’m a professor who is committed to that.

Second, I want them to know I have an open door. I’ve always believed in that. My students get my email, and I answer emails. Advocacy is a lot of talking and writing, and students need to be free to come and talk with me about that. So my promise, and I know that this is already the tradition at Temple, is that they’re going to have an open door to do so.

There’s one more thing to know about me, actually. I believe in remaining very engaged in the law. So, I serve on the Board of Directors of the Pennsylvania Association of Criminal Defense Lawyers. But more than that, I write amicus briefs for them. I’ve done an innocence case with Marissa Bluestine, the Legal Director of the PA Innocence Project. I just did a Frye hearing with the Philly public defenders. I believe that’s part of my function, and I learn from it.

The thing about me is that remaining active in the law – affecting it, following it, staying current with it – is part of who I am. That’s my story and I’m sticking to it.