Editor’s note: the following article was originally published in the Temple University newsroom. 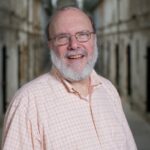 In the 1970s, as a partner at the Philadelphia law firm now called Kairys, Rudovsky, Messing, Feinberg & Lin, David Kairys picked up a case shrouded in intrigue, mystery and allegations of malfeasance by the federal government. The family of Frank Olson, a CIA-employed chemist whom the government admitted to surreptitiously drugging with LSD days before he fell to his death from a New York City hotel room, contacted his firm for representation in their quest for answers.

Now, four decades later, the case continues to be the subject of national interest. Kairys, along with Olson’s son Eric and other experts, will appear in Wormwood, a six-part Netflix docudrama directed by Oscar winner Errol Morris (The Thin Blue Line, The Fog of War) premiering Friday, Dec. 15.

A few days before the debut, Kairys chatted with Temple Now about his work on the bizarre case and what it was like to participate in the Netflix series.

Temple Now: Describe the Frank Olson case in a nutshell.

David Kairys: Frank Olson was a biological and chemical researcher employed by the government, mainly the CIA, and he was at a retreat connected to work in 1953 where he was unwittingly given LSD. Now this is before Timothy Leary and The Beatles—LSD became at least a known drug in the ’60s, but this is well before that. So he would’ve had no basis to know what these hallucinations and delusions going through his mind [as a result of the LSD] were. He had a terrible time, and he was shuttled around by the CIA, never given any treatment, not seen by a psychiatrist or psychologist. The one specialist they sent him to was an allergist. Can you imagine that? He’s going through these uncontrollable hallucinations and delusions, and they send him to an allergist up in New York. And then nine days later, he fell out of the window of the Statler Hotel in New York City, to his death.

The family was told that he just inexplicably committed suicide, and that’s the story they were given. They weren’t told about the LSD or anything like that.

In the 1970s, President Gerald Ford personally invited the family in to apologize on behalf of the United States, which was very unusual. You get settlements usually for money, but with a disclaimer of liability. This was not only no disclaimer, but an apology. At that time, we didn’t know of course what was going on behind the scenes, but a letter I wrote and a conversation I had with the CIA lawyer suggesting Olson may have been murdered triggered a significant investigation ordered by Ford.

I haven’t seen the film yet, but I’ve heard that it’s as much a study of Eric as it is of who, if anybody, killed Frank Olson, and if so, why. If he was killed, it becomes important to figure out the possible motive, which the film explores. The CIA believed Olson was a security risk. What did Olson know that he might reveal, perhaps as a whistleblower, because we know he was questioning his work? One of those possibilities was his knowledge related to allegations that the U.S. used biological or chemical weapons in the Korean War.

TN: How did your firm connect with the Olsons and take on the case?

Kairys: We had done a lot of big cases nationally at that time, and Eric Olson lived here in Philadelphia, where we were based, for awhile, and was a friend of my partner, David Rudovsky, and through him, Eric had become a friend.

TN: How did your involvement with Wormwood come about, and what was it like to film with Netflix and Errol Morris?

Kairys: A producer called me, came and did an informal interview in my Temple office, and said they definitely wanted to include me, and asked if I would come up to Cambridge, Massachusetts, because Morris was filming up there. He had such an elaborate setup, you couldn’t travel with it. I’ve never seen anything like it, and I’ve been interviewed on a lot of TV programs and films. This was six or sometimes 10 cameras going simultaneously, synchronized from different angles, and each person from the documentary was interviewed in the same room you see Eric in during the trailer. It’s sort of ’40s or ’50s-style office paneling. I was amazed, it was very interesting, and then in front of us was kind of a beat up old wood desk, and Morris put himself opposite to you, maybe 10 or 15 feet away, and you basically just looked at him and had a conversation. The crew was 30 or 40 people. Catered meals were brought in. It was really fascinating.

Kairys: Two and a half years ago, the summer of 2015. I had kind of forgotten about it for a while.

TN: How long did it take to film, and how much will you appear in the series?

Kairys: I was just up there overnight and then the next morning, a day. The interview was three hours. I was told by the producer that I am a featured person in the interviews, and that it might be 10 to 15 minutes total screen time interspersed throughout the series.

TN: Any big plans for the Wormwood premiere on Friday?

Kairys: (Laughs) I had to go out and buy a Roku and subscribe to Netflix. I just set it up a few days ago. I don’t know. My wife and I will probably watch it Friday. Our kids, who are both in their 30s, are coming over the next day to make cookies for the holidays, and we’ll probably watch it then, too. They’re excited. It’s more their generation; they grew up with Netflix.

TN: Tell us a little about your background and your career.

Kairys: I teach constitutional law and civil rights at the Beasley School of Law. I’ve had two careers. I had an over 20-year career as a civil rights lawyer. I wrote a book about that—Philadelphia Freedom: Memoir of a Civil Rights Lawyer, published in 2008, which has a chapter about the Olson case.

As a practitioner, I won the leading race discrimination case against the FBI, won challenges to unrepresentative juries around the country, stopped police sweeps of minority neighborhoods in Philadelphia, was the lead lawyer in the most significant acquittal of anti-Vietnam War activists (the Camden 28 case), and represented Dr. Benjamin Spock in a free speech case before the Supreme Court. In the 1990s, I conceived and sometimes litigated the city lawsuits against handgun manufacturers brought by more than 40 cities, and my public-nuisance theory has become a major basis for a range of challenges to corporate practices that endanger public health or safety. It goes back to starting off as a public defender, working as a fellow at Penn, and then co-founding a small private law firm in 1971, Kairys & Rudovsky.

I started at Temple in 1990, and since then I’ve written four books and more than 35 articles and chapters on constitutional law, civil rights, legal theory and legal history. I’ve been a proponent of a progressive theory of law called critical legal studies, and I edited and co-wrote the leading book on that, The Politics of Law: A Progressive Critique.