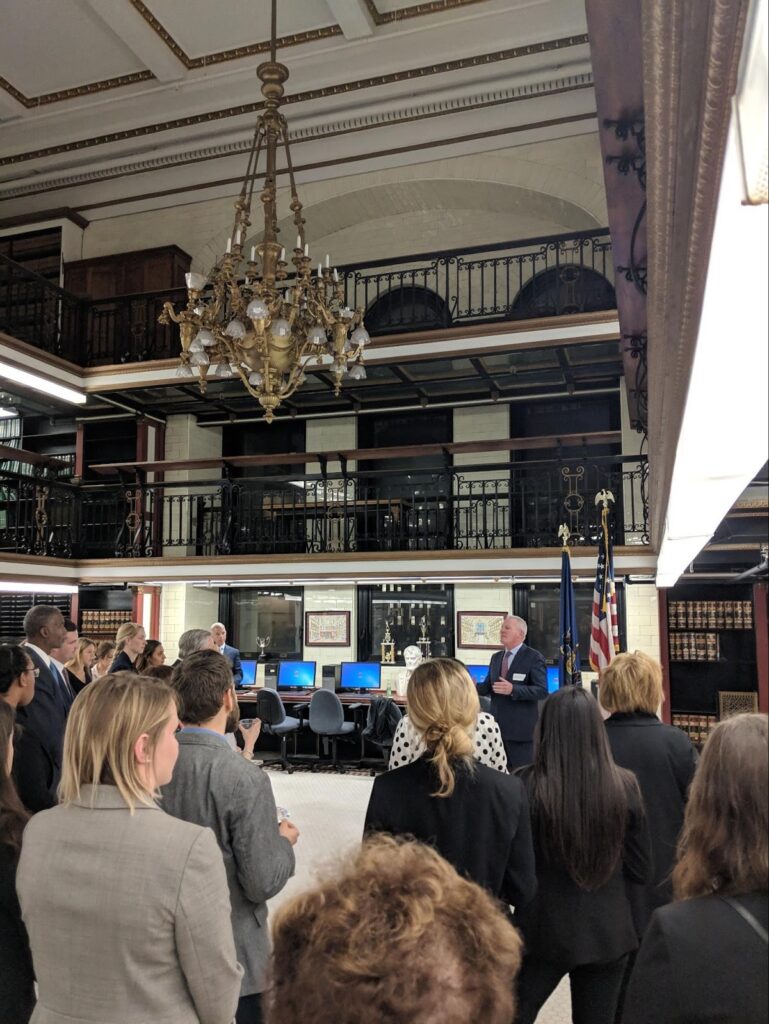 The 5th annual Meet the Judges event, hosted by Temple Law School’s Philadelphia Legal Network (PLN), brought Pennsylvania Supreme Court Justice Kevin Dougherty LAW ’85 back to City Hall, where he served for many years on the Court of Common Pleas, to talk with students about the importance of networking and making connections.

Quoting Sun Tzu’s The Art of War, Justice Dougherty said, “Never venture, never win,” making the point that students should never be afraid to make connections. The Justice continued by recognizing the various judges in attendance at the event, including the Honorable Timothy J. Savage of the United States District Court for the Eastern District of Pennsylvania, as well as the President Judge of the Court of Common Pleas of Philadelphia, the Honorable Sheila Woods-Skipper. Justice Dougherty concluded his speech by stating, “Everything you want in your legal life is just a relationship away. You can make that relationship tonight.”

Philadelphia Legal Network is a student organization that helps connect current Temple Law students with practicing attorneys and judges in the area. PLN’s Meet the Judges event is the organization’s biggest event of the year. The goal of this event is for all law students, especially first year students (1LS), to network and connect with judges from various areas of law. By networking and interacting with the judges, students are better able to form business relationships and create possible internship, practicum, or employment opportunities. The legal world in Philadelphia is small and PLN’s Meet the Judges event presents students with an opportunity to begin to network and connect with that world.