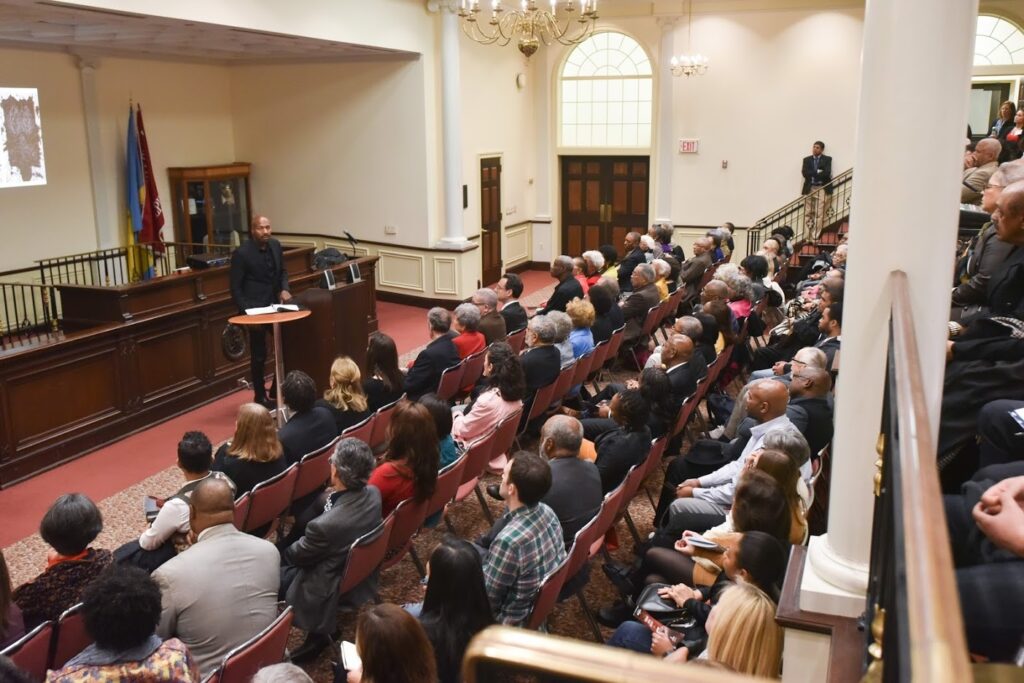 Professor Butler, who teaches at Georgetown Law, is a leading scholar on issues of race and criminal justice whose work has been profiled on 60 Minutes, Nightline, and the ABC, CBS, and NBC evening news. He is also a prolific author. His book, Let’s Get Free: A Hip-Hop Theory of Justice, was recognized with the Harry Chapin Media Award, and he has published articles in the countries’ leading law reviews, including Yale, Harvard, and Stanford. More recent is his 2017 book, Chokehold: Policing Black Men.

Chokehold draws on Professor Butler’s experiences as a federal prosecutor and reflects his conclusion that the American criminal legal process (he rejects the term “criminal justice” on the grounds that there is no justice involved) must be dismantled and rebuilt if we are to eradicate the systemic oppressions inherent in our current system. “What I learned as a prosecutor,” he said, “is this: our criminal legal process is too broken to fix. Change and reform are not ambitious enough. They don’t fix the problem. Our system needs transformation.”

Professor Butler recounted a “brief history of Black people in the U.S.,” noting that “there are more people in the criminal legal system today than were in slavery in the 1860s.” He offered four ways to frame the “problem” between Black men and the criminal legal process: Black male culture and norms about masculinity; under-enforcement of the law in communities of color; frayed relationships between the police and the communities they serve; and white supremacy, or what he termed “the new Jim Crow.” Pursuing the fourth concept, Professor Butler remarked, “You can’t just reform the police – they’re a symptom of a larger disease. If you only address the symptom, the disease will mutate and survive – which it has, from slavery to the old Jim Crow to the new Jim Crow. Unless we fix white supremacy, we will not make things better for Black men and women.”

Noting that the ultimate goal is to “make police stop shooting us, arresting us when they wouldn’t arrest white people, and beating us up,” Professor Butler then explored four strategies for resistance: legal reform, violence, capitalism/entrepreneurship, and abolitionism. Dispatching the first three as inadequate, immoral, and ineffective, he focused the rest of his remarks on the fourth: the abolition of prison as a tool of law enforcement. “Prison doesn’t work,” he said. “Let’s use American ingenuity to find a better way to hold people accountable and keep folks safe without putting people in cages. Let’s follow the example of the great Judge Clifford Scott Green and resist.”