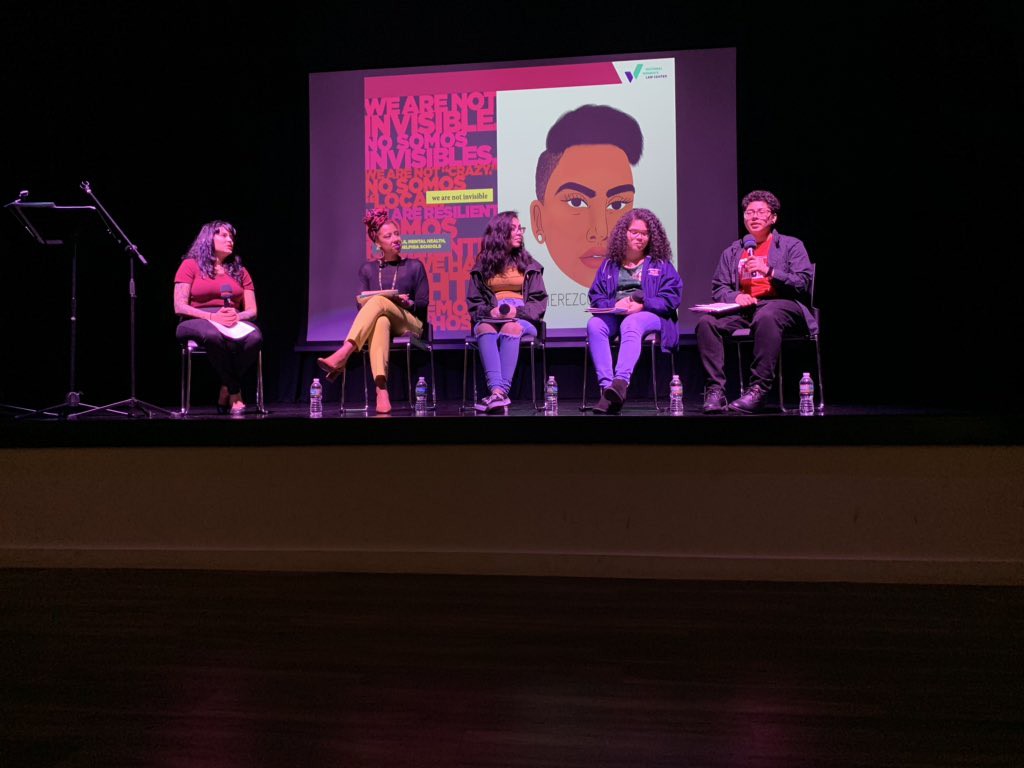 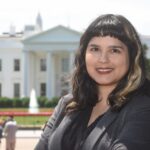 For the record, it is not “typical” for an intern to author a report of national significance for a major DC policy organization. Fortunately, Noelia Rivera-Calderón LAW ’19 has never settled for “typical.”

Rivera-Calderón is the driving force behind We Are Not Invisible (No Somos Invisibles): Latina Girls, Mental Health, and Philadelphia Schools, which documents both the increased struggle and extraordinary resilience of Latina and Latinx middle and high school students. The statistics are compelling: half of Latina girls feel persistently sad or hopeless, and more than one in five have considered suicide. The numbers increase dramatically for Latinx youth who are also LGBTQ. According to the CDC, these figures haven’t changed substantially for the past twenty years. Overlooking them carries a significant social cost in terms of the potential contributions these students could make: as the report also documents, 98% want to graduate from high school; 85% are interested in college; and 69% are interested in graduate school.

Rivera-Calderón pitched the topic while interning at the National Women’s Law Center (NWLC), the pre-eminent gender justice organization in the US, as a Temple Law and Public Policy Scholar. NWLC not only ran with it, they were so impressed they dedicated significant resources and support to the project, with Rivera-Calderón as project lead and lead author. The final report, which was launched in late April at a community forum titled No Stigma, No Shame: Fighting for Latina Mental Health in Philadelphia Schools, is co-authored with Philadelphia Latina and Latinx students, promoting their leadership and treating them as partners rather than objects of study. The report both documents the challenges faced by Latina and Latinx students in their own words, and offers their recommendations for change, including:

Rivera-Calderón, who came to law school so she could better impact education policy, has already accomplished that goal. During her time at Temple Law, Rivera-Calderón has written and presented locally, nationally, and internationally on education policy, including testimony before the Federal Commission on School Safety about harmful school policing and a presentation on school discipline reform at the 2018 Annual Meeting of the Law and Society Association in Toronto. Now, in the wake of We Are Not Invisible’s release, Rivera-Calderón has heard from both Philadelphia Councilwoman Maria Quiñones-Sánchez and U.S. Representative Mary Gay Scanlon (D-PA) regarding policy proposals and potential federal legislation based on its recommendations. Looking ahead, she will continue this work at NWLC as part of a larger project focused on the educational experiences of LGBTQ youth of color.

About the National Women’s Law Center

The National Women’s Law Center fights for gender justice — in the courts, in public policy, and in our society — working across the issues that are central to the lives of women and girls. We use the law in all its forms to change culture and drive solutions to the gender inequity that shapes our society and to break down the barriers that harm all of us — especially those who face multiple forms of discrimination, including women of color, LGBTQ people, and low-income women and families. For more than 45 years, we have been on the leading edge of every major legal and policy victory for women.