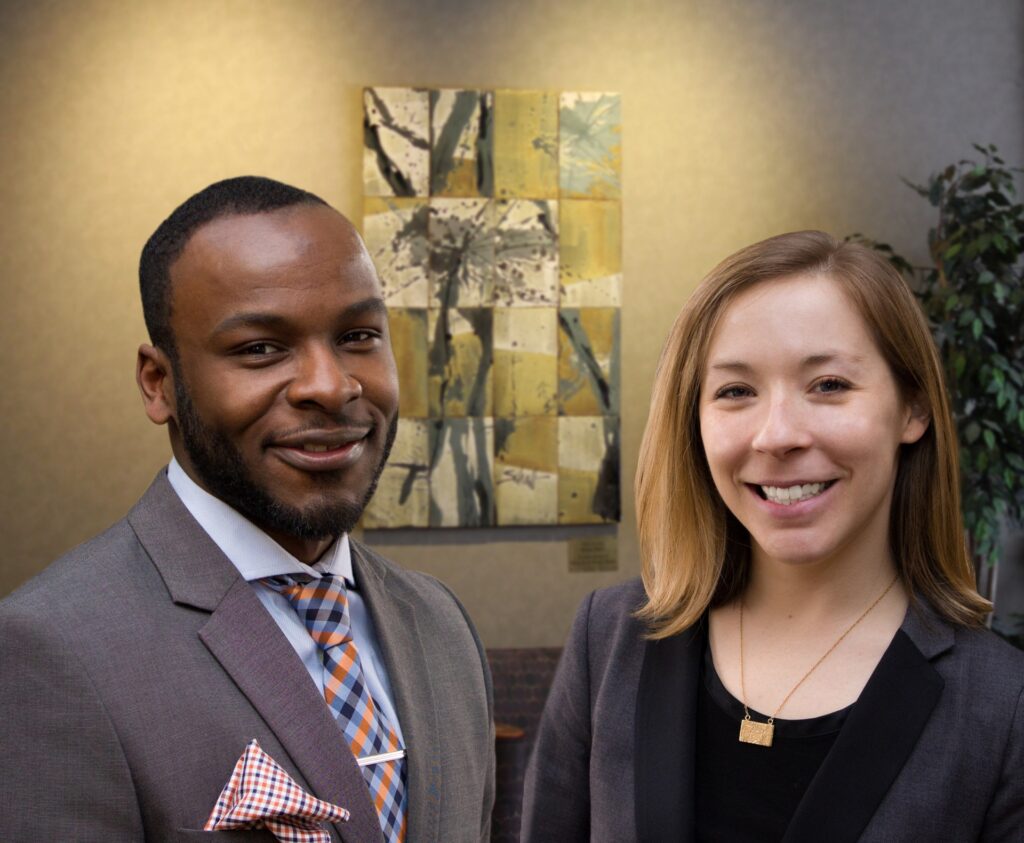 The National Trial Team continued its dominance of the National Trial Competition’s Region III Championship, defending its title and sending the team of 3L Joel Michel and 2L Courtney Chlebina to the national championship next month, and garnering the Edward Ohlbaum Best Advocate Award for Joel Michel. Temple’s second team of 3L Ian Evans and 2L Corbin Gardner also turned in a stellar performance, advancing to the semi-final round against a tough field. The Region III championship is Temple’s 28th in 30 years of competition.

Director of Advocacy Programs Jules Epstein characterized the winning team’s performance as “superlative,” and was also quick to praise Evans and Gardner as “terrific advocates and team members,” remarking that, “All four mastered not just advocacy skills but some exceptionally complex evidence issues.” He also expressed admiration and gratitude for Britt Walden (LAW ’14), who helped coach the teams, and Marissa Bluestine (LAW ’95), who served as competition director.

Courtney Chlebina, who together with Joel Michel took top honors, called the experience, “exhilarating, exhausting, and worth every moment,” while expressing her gratitude to Temple Law School and to the coaches for giving them the necessary tools to succeed. “Best of all,” Chlebina continued, “I have the support of an amazingly talented partner in Joel. Texas, here we come!”

Michel also expressed gratitude, citing the support of his teammates and coaches for his success. “I am simply grateful that this institution gave me the opportunity to share my God-given talents with others. My teammates and coaches helped carry me the entire tournament. They put me in a position to succeed. This was truly a team effort.” Michel called winning the Edward Ohlbaum award for Best Advocate, “icing on the cake. Although I never had the privilege of meeting Professor Ohlbaum, I feel like I know him and that’s because his ideas and principles are evident throughout Temple Law School.”

The National Trial Competition, considered the “Super Bowl” of mock trial tournaments, brings together the top trial teams in the country. Temple’s record in the tournament is unmatched: in addition to winning 21 consecutive (and 28 total) Region III championships, Temple has placed in the Elite Eight a record fifteen years in a row, including three national championships and three finalist finishes.