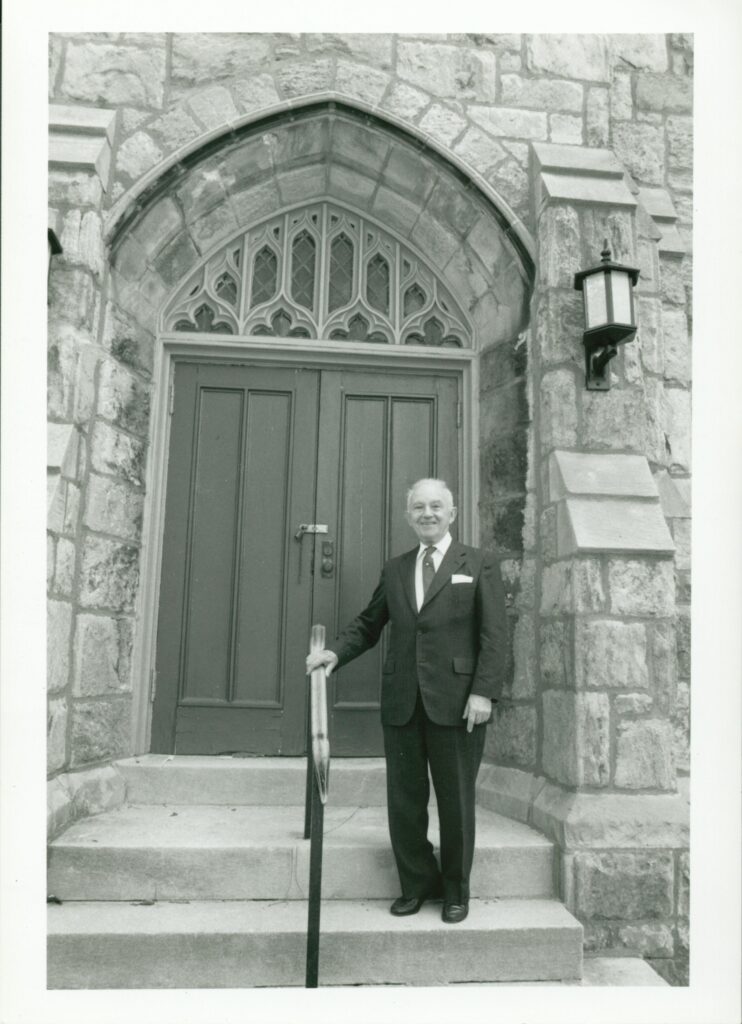 Murray Shusterman LAW ’36 has passed away at the age of 104. Mr. Shusterman, whose eight-decade legal career spanned both the public and private sectors, has been a great benefactor of Temple Law School as well as a beloved friend. He remained an active member of both the Law School and University communities, attending events as recently as the week before his death.  “The entire Temple Law community is saddened by this loss,” remarked Interim Dean Gregory N. Mandel. “Murray has been a friend to many of our faculty and alumni as well as a great benefactor to the law school. He will be missed.”

“Murray has been a friend to many of our faculty and alumni as well as a great benefactor to the law school. He will be greatly missed.”

Born in the Ukraine in 1912, Mr. Shusterman immigrated with his family to the U.S. as a child. The family eventually settled in the Philadelphia area, where Shusterman took advantage of a scholarship offer to enroll at Temple University, graduating with honors in 1933. He then enrolled in the fledgling day division at Temple Law, becoming a member of the first class to attend the full-time day program and graduating with honors in 1936, at the height of the Great Depression.  In a videotaped interview with Associate Dean Rob Bartow, Shusterman recalled the limited options available to him not just because of the economic crisis, but because most firms at that time would not hire Jewish lawyers. Instead, at the recommendation of the Law School dean at that time, he became counsel to the Bureau of Municipal Research, similar to today’s Committee of Seventy but broader in scope.

Shusterman’s public service roles grew over time to include work with the Reconstruction Finance Corporation, established during World War II to help banks resume normal operations post-war; as an assistant and then deputy city solicitor; and as counsel to the Commission on Human Relations, where he helped write city laws on fair housing and employment. In 1969, he joined Fox Rothschild, where he built a distinguished career in real estate and corporate law.

Shusterman’s commitment to his alma mater took many forms:

Temple University Provost JoAnne Epps, who served as Dean of the Law School from 2008 to 2016, remarked in a 2014 Inquirer article that, “His commitment and generosity have been an inspiration.” In an interview for that same article, when pressed to name the best and worst moments from his life, Mr. Shusterman declined. “There’s no such thing,” he said. “A person has many experiences over time, some good, some bad… The real secret is to be decent, to be fair, and to be forgiving – now and then even a friend will do something that annoys you. And don’t take yourself too seriously.”

It was, apparently, advice that Mr. Shusterman took to heart. In a tribute to Mr. Shusterman posted on Facebook, Carla Trongone LAW ’04 recounted an earlier conversation with him: “I was lucky enough to have been seated next to (Mr. Shusterman) at a luncheon a couple of years ago and we shared our practice areas and some of our experience. He said he, too, did trusts and estates. Then, with a little twinkle in his eye, the 101 year old said, ‘I don’t understand why nobody wants me to be their executor anymore!’”

Alumni and friends who would like to share their own tributes to Mr. Shusterman may do so at the Law School memorial page set up for that purpose. Mr. Shusterman’s obituary appears in the Philadelphia Inquirer. Provost JoAnne Epps will speak at the funeral services, which will be held Friday, December 9th.