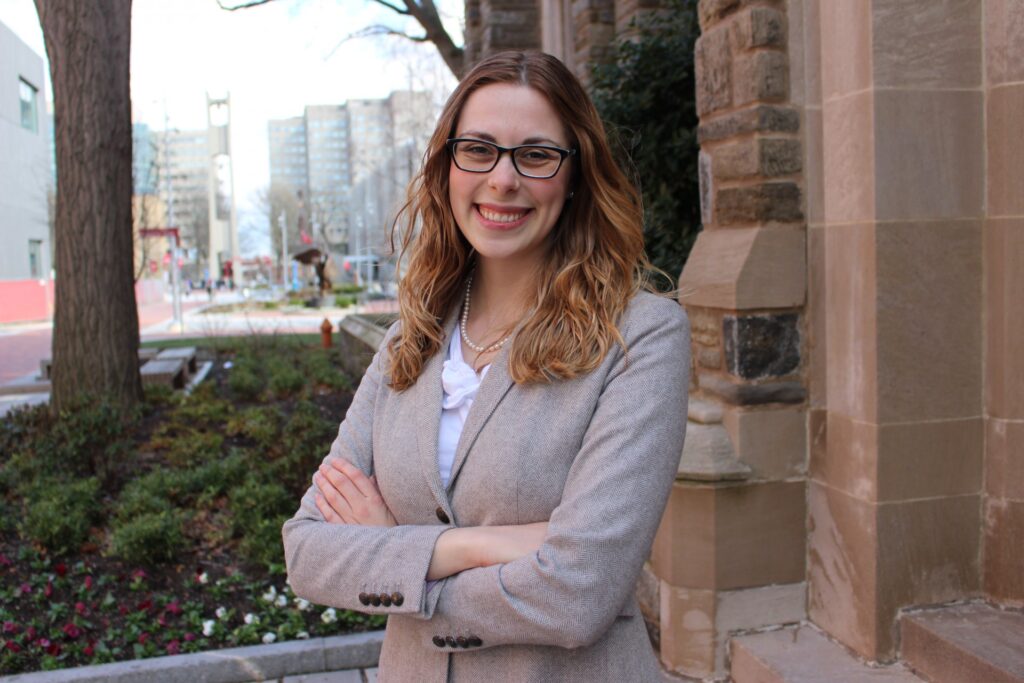 The Peggy Browning Fund has recognized first-year Temple Law student Maria DiGeorge LAW ’21 with a coveted Peggy Browning Fellowship to support her work at United Steelworkers in Pittsburgh, PA this summer. This highly selective, nationwide program provides work experience promoting social and economic justice to high-achieving law students with a demonstrated passion for workers’ rights. DiGeorge is one of 80 finalists selected from a pool of 450 applicants for this prestigious public interest labor law fellowship.

DiGeorge expressed both enthusiasm and a sense of urgency about the work before her. “Justice for workers means being treated with dignity – it means being able to join a union, earning a living wage, working in safe conditions, and being free from discrimination in all forms,” she observed. “My generation is painfully aware of the consequences of recent attacks on these protections, and it is critical that we now continue the fight for workers’ rights. I am excited to represent workers as an attorney, and to continue to advocate for laws that protect them.”

She is well-suited to the task. DiGeorge has already earned a Master of Science in Inequalities and Social Science from The London School of Economics; she is an accomplished scholar whose work focuses on the effects of unionization on economic inequality within several countries. Currently a 1L Representative on the Workers’ Rights Committee of the Temple Law National Lawyers Guild chapter, she is primarily interested in labor and employment law’s relationship with international trade, globalization, and the gig economy.

DiGeorge is also experienced in the field. She has volunteered in Philadelphia in various capacities for over a decade, and currently volunteers as an English as a Second Language teacher and a legislative researcher and advocate for the Philadelphia Tenants Union. During her undergraduate years at Temple University, this drive to mitigate economic inequality inspired DiGeorge to lead change at the university bookstore by replacing sweatshop-produced merchandise with union-produced merchandise. She also holds political campaign experience for pro-worker candidates at state, federal, and international levels as well as work experience regarding election reform through her role as Deputy Director of Legislative Affairs at the Pennsylvania Department of State.

“Nothing is more gratifying than seeing someone appreciated for the true talents and commitment they possess,” said Jorge C. Godoy, Jr.,Temple Law’s Director of Public Interest Programs. “Maria is that rare young professional who reunites the skills, energy, and passion necessary for a truly impactful legal career in the public interest. That our friends at the Peggy Browning Fund have recognized how special Maria is – is as much an honor as it is an important validation of a shared commitment to issues that affect all of us in the legal community and beyond. The Temple Law family could not be prouder of Maria – and the tradition of commitment to the public interest that she embodies.”