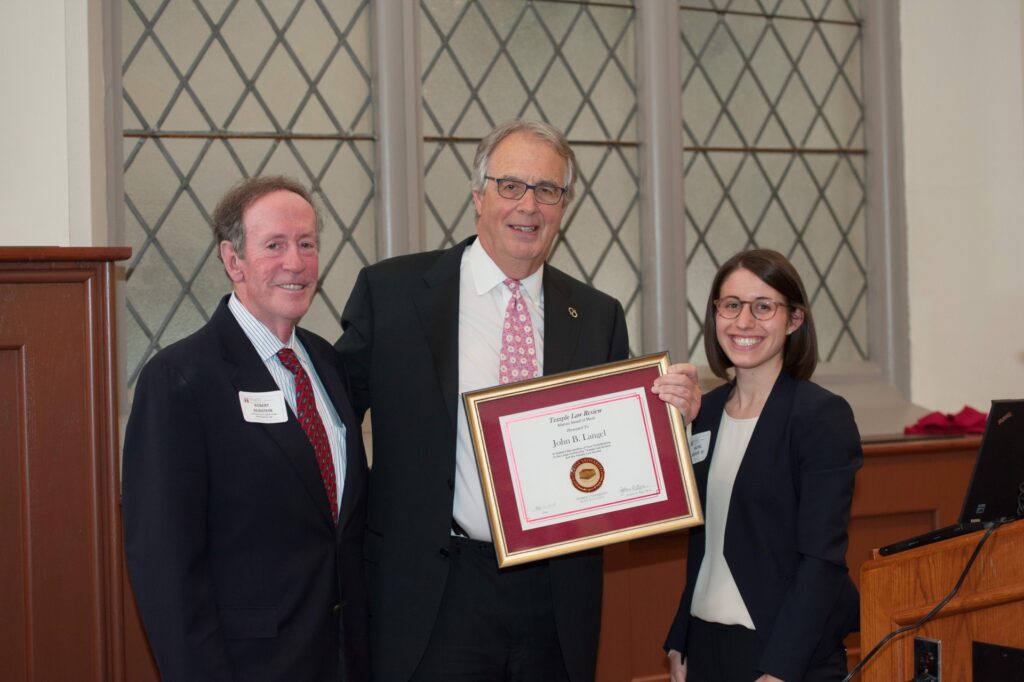 The Temple Law Review honored John Langel (LAW ’74) with the Alumni Award of Merit at their annual banquet, held May 11, 2016. The award was made in recognition of his many contributions to the law school and his impact on the Philadelphia legal community.

Professor Robert Reinstein, who serves as a faculty advisor for the Law Review, offered remarks praising Langel for his devotion and service to Temple University. “He was our lawyer for his entire career at Ballard,” Reinstein noted. “He was the lawyer who represented us in negotiations, he handled arbitrations and litigation in various employment matters, and even in the sports law area.”

“Let me tell you something else about John,” Reinstein continued. “John has great judgment, and a lot of common sense… he’s one of these lawyers who, instead of telling a client they can’t do something, says, ‘you can’t do it that way, but let me give you three other options.’ He’s always thinking about the relationship of his clients to the general public and their duty of care to the public.”

Reinstein noted that Langel has also served the law school as an adjunct professor and as a member of the Board of Visitors.

Ballard Spahr LLP, from which Langel has recently retired, sponsored the event.