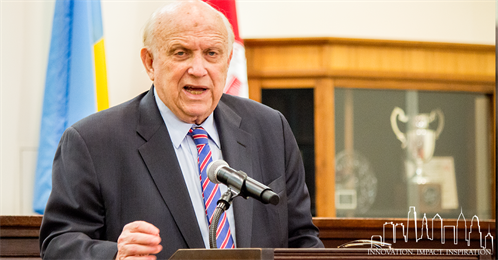 Legendary First Amendment lawyer Floyd Abrams identified higher education as the next battleground over free speech in his 2015 Adams Lecture remarks, citing several instances in which speaking invitations to controversial figures were withdrawn after disapproving student groups threatened disruptive action if the events proceeded as planned. He was quick to clarify that he knew of no such activities at Temple.

“Of all places, campuses should be the most protective of freedom of speech,” Abrams remarked. “On a campus that is free and open, no idea can be banned or forbidden.”

Abrams also noted that in addition to the silencing caused by withdrawn invitations, campus speech had become more subject to stifling and censorship, usually in the name of protecting listeners from “offensive” speech. He observed that some campus activists were “no longer content with seeking to persuade people of their views but instead want to ban speech.”