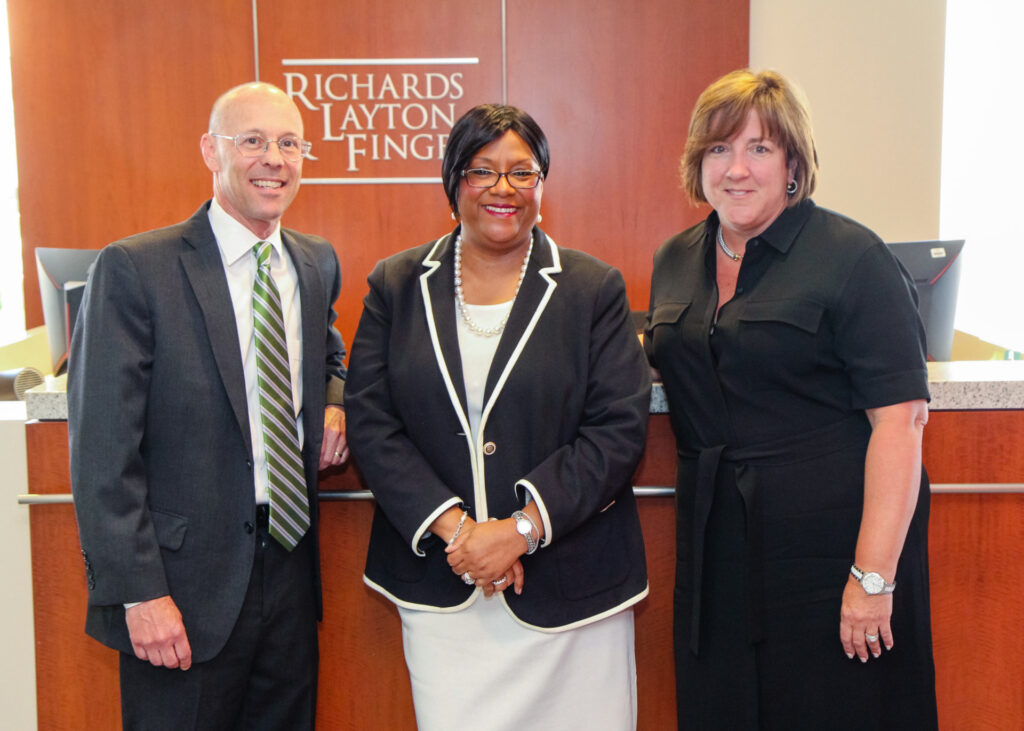 The firm’s new executive leadership team represents a historic first: Ms. Damon is the first woman to serve as president of the firm, and the first African American to serve as president of a large Delaware law firm. In her new role, Ms. Damon is among only a handful of minority women in executive leadership positions in major law firms in the United States.

“I am honored to have been selected by my partners to lead such an extraordinary firm,” said Ms. Damon. “Richards, Layton & Finger’s tradition of excellence is based on a long history of remarkable lawyers and leaders of the Delaware bar. We look forward to continuing the firm’s success through our dedication to our clients, our people, and our community.”

Ms. Damon plays key roles within Richards, Layton & Finger and in the community at large. In addition to being the president of the firm, she serves as co-chair of the firm’s Business Department and chair of the Corporate Trust and Agency Services Group. Ms. Damon counsels clients on formation and operational issues relating to Delaware statutory and common law trusts in all types of commercial transactions, and also represents banks and trust companies in connection with their trust and agency services under Delaware and New York law.

Ms. Damon has held numerous leadership positions in the American Bar Association, the Delaware State Bar Association, and other legal organizations. She is an American College of Commercial Finance Lawyers Fellow, and serves on the boards of the Delaware Community Foundation, the Lawyers Committee for Civil Rights Under Law, and she is currently the chair of the board of directors of Christiana Care Health System.

In addition to being named in Chambers USA, The Best Lawyers in America, and Super Lawyers, Ms. Damon’s awards include the National Association of Professional Women VIP Woman of the Year Circle, the American Bar Association’s Jean Allard Glass Cutter Award, the National Diversity Council Leadership Excellence in the Law Award, and the International Women’s Review Board for Excellence in Law. She was recently featured in an article in Super Lawyers and was honored as one of Savoy magazine’s Most Influential Black Lawyers.