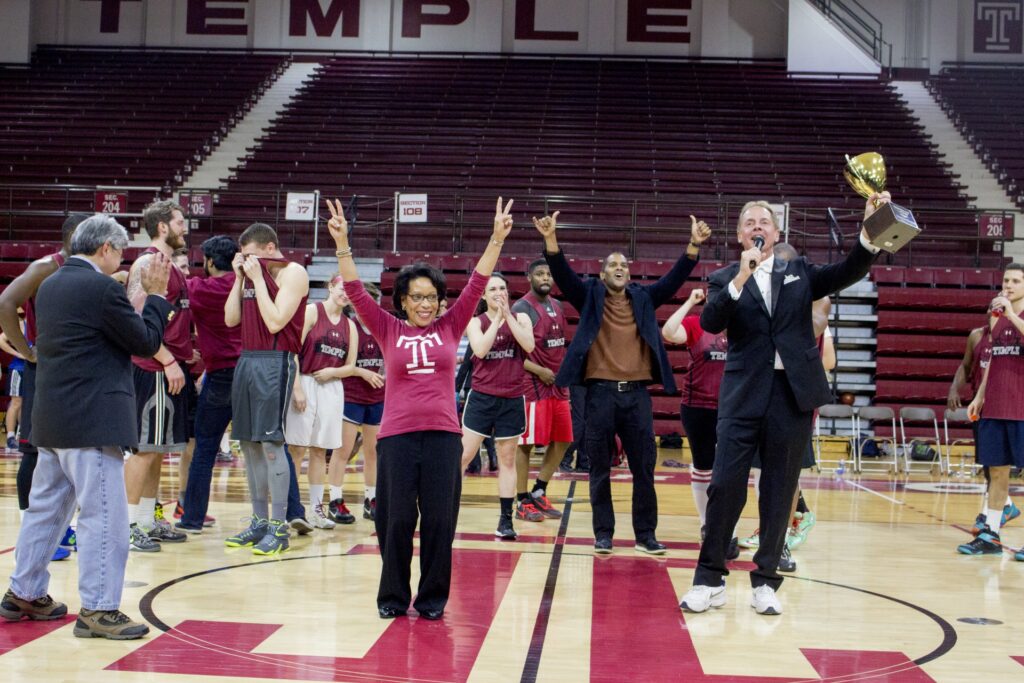 The Villanova Wildcats may be the NCAA men’s basketball champs, but it was Temple Law Dean JoAnne Epps raising two Vs for victory at half court when Temple defeated Villanova, 50-37, in the 4th annual Deans’ Cup basketball tournament.

Professor Ken Jacobsen, dapper in a tux and white Nikes, served as emcee for the event. Villanova Law student Natasha Feldman delivered a soaring rendition of the national anthem, after which the games began.

The first round of play pitted Temple against Penn, while Drexel took on Villanova. After defeating Penn 47-24, Temple faced Villanova in the championship round, pulling away quickly to a 28-19 halftime lead before claiming victory and reclaiming the Cup.