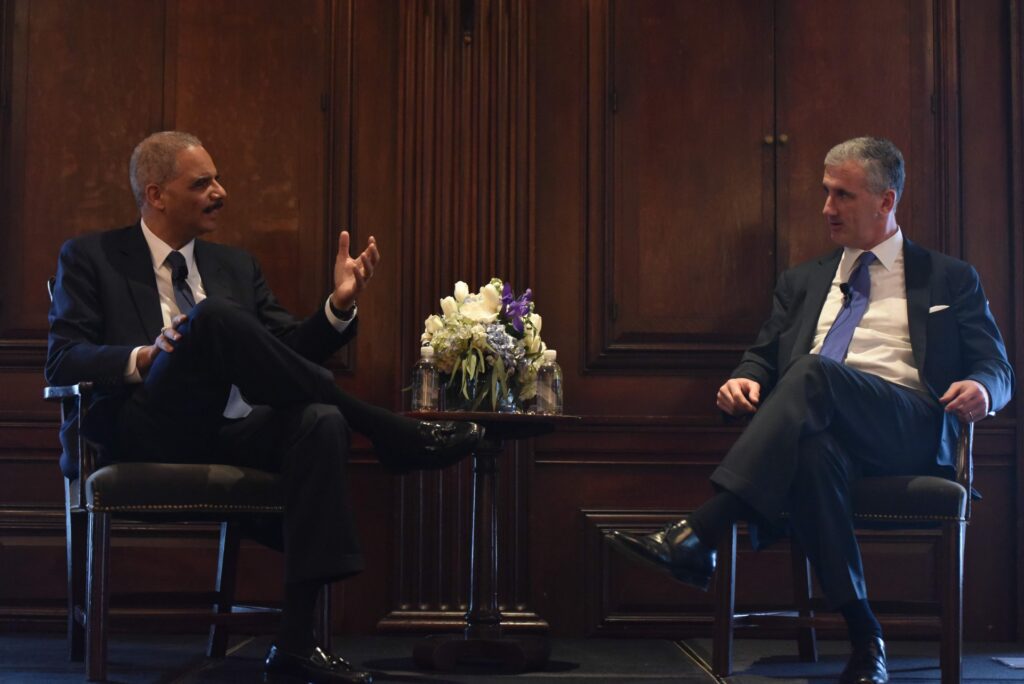 The Temple Law Center for Compliance and Ethics welcomed former US Attorney General to the Union League earlier this month as part of its CLE series, “Current Trends in Compliance and Enforcement.”

Mr. Holder touched on a number of issues involving both compliance and civil rights in a wide-ranging interview with Mike Holston, Executive Vice President and Chief Compliance Officer at Merck Pharmaceutical. After exploring the DOJ’s treatment of FCPA cases and the impact of corporate cooperation and transparency on the Department’s decision about whether to prosecute, they turned to the impact Mr. Holder’s work in the private sector had on his public service.

“It was better to have had the experience of having represented companies in between my positions in the Justice Department,” he reflected. “By and large, big companies are trying to do the right thing. If people in the DOJ could take a sabbatical for a few years, maybe work on the defense side, they would be better prosecutors.”

Additional topics ranged from the impact of the Yates memo on corporations’ ability to conduct an internal investigation, criticism of the DOJ’s prosecutorial decisions with respect to the banking collapse, and Mr. Holder’s decision not to defend the constitutionality of DOMA.