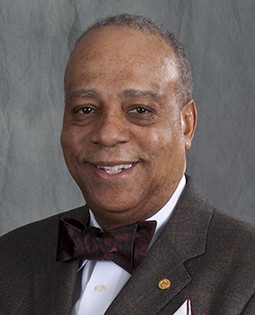 Chancellor-elect Dandridge is a partner at Schnader Harrison Segal & Lewis LLP. He also serves as the firm’s Chief Diversity Officer and chair of its Securities Practice Group. Before joining Schnader, Mr. Dandridge served the Securities and Exchange Commission (SEC) as associate director of small business and international corporate finance in the SEC’s Division of Corporation Finance. In addition, he served as special counsel in the Division of Corporation Finance.

Mr. Dandridge has also served on a number of law-related and community-related boards, including those governing the Philadelphia Diversity Law Group, The Legal Intelligencer, and the USO of Pennsylvania and Southern New Jersey. He is a decorated Vietnam Combat Veteran with the U.S. Marine Corps and was awarded, among many honors, the Bronze Star with Combat “V” for Valor and the Purple Heart.

Mr. Dandridge is also the 2014 recipient of The Barristers’ Association of Philadelphia’s Honorable William F. Hall Award; the 2013 recipient of The Legal Intelligencer’s Lifetime Achievement Award; the 2013 Philadelphia Business Journal Minority Business Leader Award winner; and the 2011 recipient of the John Stephen Baerst Award for Excellence in Teaching by Morin Center at Boston University School of Law, where he served as an adjunct professor for 16 years. Mr. Dandridge is also listed in The Best Lawyers in America for corporate law (2007-2015) and has been noted as a “Pennsylvania Super Lawyer” for securities and venture finance law (2004-2007).

Mr. Dandridge, who believes that the overriding mission of the Association is to make lawyers proud that they are lawyers, will focus his efforts on enhancing community and collaboration within the Bar Association. “We are making strides in the inclusion of all races, genders and cultures,” said Dandridge. “We are reaching across the world to share positive solutions to problems and issues that affect other bar associations and the world community, not just our Bar Association and city. But, we could be doing more and we could be doing more to foster collective endeavors.”

In addition to his efforts within the Bar Association, Mr. Dandridge will also focus on serving the broader legal profession as well as serving our veterans. He believes that “participating in the Bar Association supports the entire city, not just the legal community.”