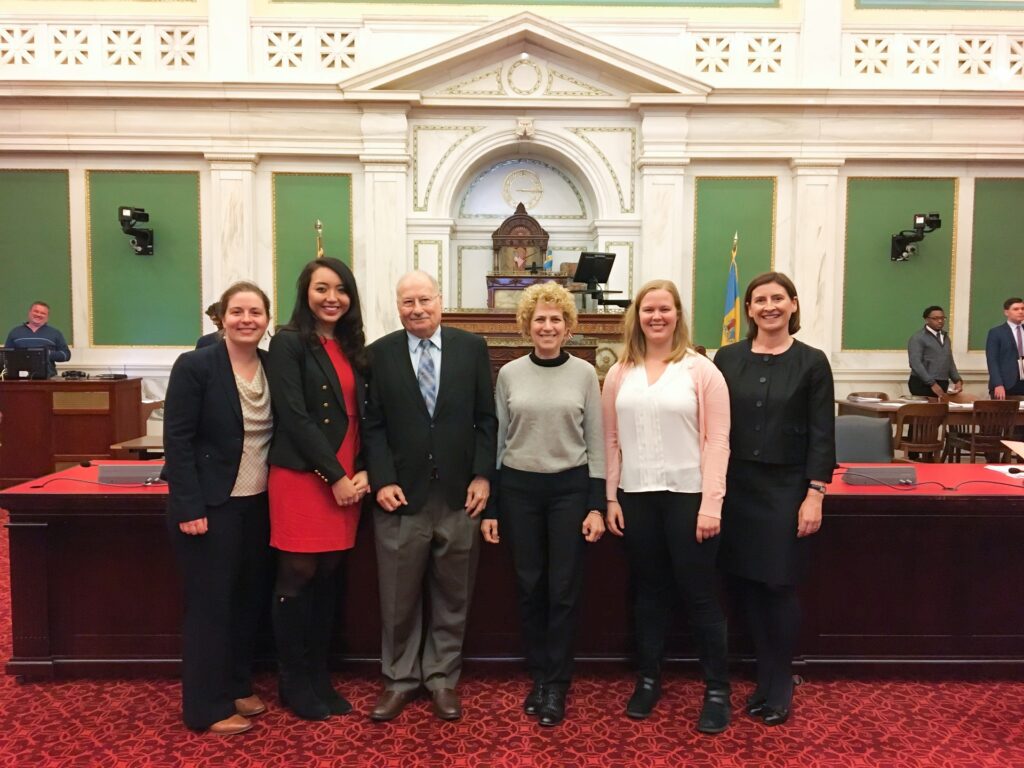 The City of Philadelphia has announced an immediate stop to the practice of collecting the costs of juvenile incarceration from struggling families, and that it will work to end all current collection orders. The announcement comes in the wake of Double Punishment, a report produced by students in the Sheller Center’s Justice Lab in collaboration with the Youth Sentencing and Re-entry Project, that documented the practice and its impact on working-poor families. It was made at a hearing before City Council on March 3rd in which Justice Lab student Wes Stevenson LAW ’17, YSRP co-founder Lauren Fine, and working parent Kameelah Davis-Spears, among others, offered testimony about the need to abolish the practice.

Davis-Spears’ story is a compelling one. The parent of four, who shepherded her family out of deep poverty by working 62 hours per week at a low-wage security job, says that after her son was released from juvenile placement, she was shocked to receive a bill for the costs of his incarceration. The $13.71 garnished from her weekly paycheck meant further hardship for her family, especially her children. City Councilman Kenyatta Johnson, who called the hearing, noted the injustice of that result. “It’s important that we’re not balancing our budget on the backs of children and families that come from neighborhoods in poverty,” he remarked.

Read A Victory for Families, related coverage from the Sheller Center

That injustice was the impetus for Double Punishment, the report produced by Justice Lab students Sela Cowger, Kelsey Grimes, and Wesley Stevenson on behalf of their client, YSRP. Originally written earlier in 2016, the report was updated following conversations with the Department of Human Services and others in city government and released in its final form last November. Friday’s announcement reflected conversations between the city’s Department of Human Services and the state, from which DHS had sought guidance about ending the practice.

Advocates hailed the victory but also pledged continued vigilance in working to ensure the policy change is carried out. “We’re hoping they take their commitment seriously and aren’t just doing this because of the national attention happening today,” said YSRP’s Fine. They also expressed hope that the change to Philadelphia’s policy would prompt reform in other jurisdictions across the country with similar practices. “Philly’s not the only place doing this, clearly, and I think this should be an opportunity for other places around the country to look at this practice,” said Temple Law Professor Colleen Shanahan, who runs the Sheller Center’s Justice Lab.

News of the victory spread quickly via social media, where Stevenson in particular was praised by members of the Temple Law community for her extraordinary advocacy. Her reply, posted on Temple Law’s Facebook page, redirected that praise. “None of this would have been possible without YSRP, Kelsey, and Sela, and most especially the affected parents having courage to speak out,” she wrote. “They are the heroes of this story.”