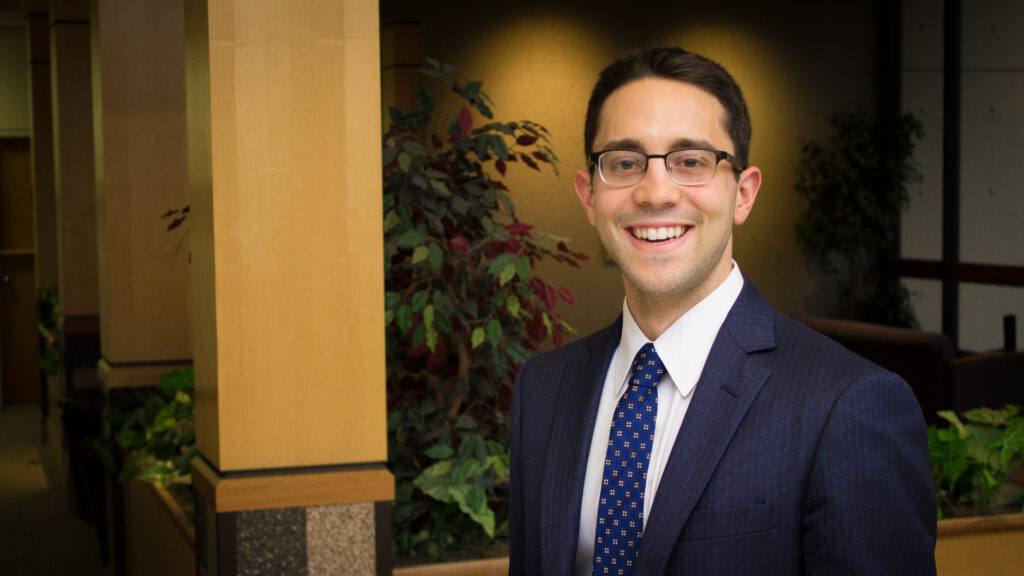 Plenty of new law school graduates take a break from studying for the bar exam by catching a baseball game or two. But third-year Temple Law student Noah Goodman’s plans include an experience of the American pastime in a league all its own: presenting at the premier gathering of baseball scholars nationwide, known as the Cooperstown Symposium.

“I am very excited to present at Cooperstown,” Goodman confirmed. “It represents three years of hard work, focus, and dedication.” Goodman will be presenting his scholarship on the history of the labor market in professional baseball, and his proposal for resolving inefficiencies within the current system, as part of a panel discussion during the June event. His research, which he began as a staff member on the Temple Law Review, will be published this spring in the Sports Lawyers Journal.

Goodman’s passion for his work is clear, as is his explanation of the legal issues in play. “As I began my research, I learned that the employment rights for professional baseball players have always been restrained by their owners,” he explained. “Between 1922 and 1972, the Supreme Court—in three distinct opinions—exempted Major League Baseball from federal antitrust laws. Effectively, the Court restrained the players’ legal rights by limiting employment mobility and freedom to contract. In the 1970s, the players were ultimately successful in overthrowing this system of absolute owner control through a determined campaign, which involved more litigation, collective bargaining, and, ultimately prevailing through arbitration.”

Goodman submitted an abstract describing his work to Cooperstown at the suggestion of Professor Ken Jacobsen, who has served as Goodman’s mentor and has presented at Cooperstown himself. “After conducting my initial research, I met with Professor Jacobsen in the summer of 2014 to bounce some ideas off of him. Our discussion focused on the irony of the current labor market in Major League Baseball,” Goodman recalls. “Today, even though players have greater employment rights, the current collective bargaining agreement is still restraining trade. Under the present system, the labor market is flawed because players do not achieve greater employment rights until their talent peaks. As a result, the labor market no longer provides an incentive for owners to bid against each other for players on the open market. My article focuses on the evolution and current decline of free agency and proposes a solution to the current inefficiencies with the system.”

While Goodman’s success is clearly well-deserved, he has also been quick to express his gratitude. “I am so grateful for Professor Jacobsen’s support. I reached out to him during my first year of law school and he has served as a wonderful mentor ever since …. When I present, I will represent Temple proudly. The law school and faculty foster an environment where students can use the law to pursue their interests and carve their own path. For that, I am forever grateful.”