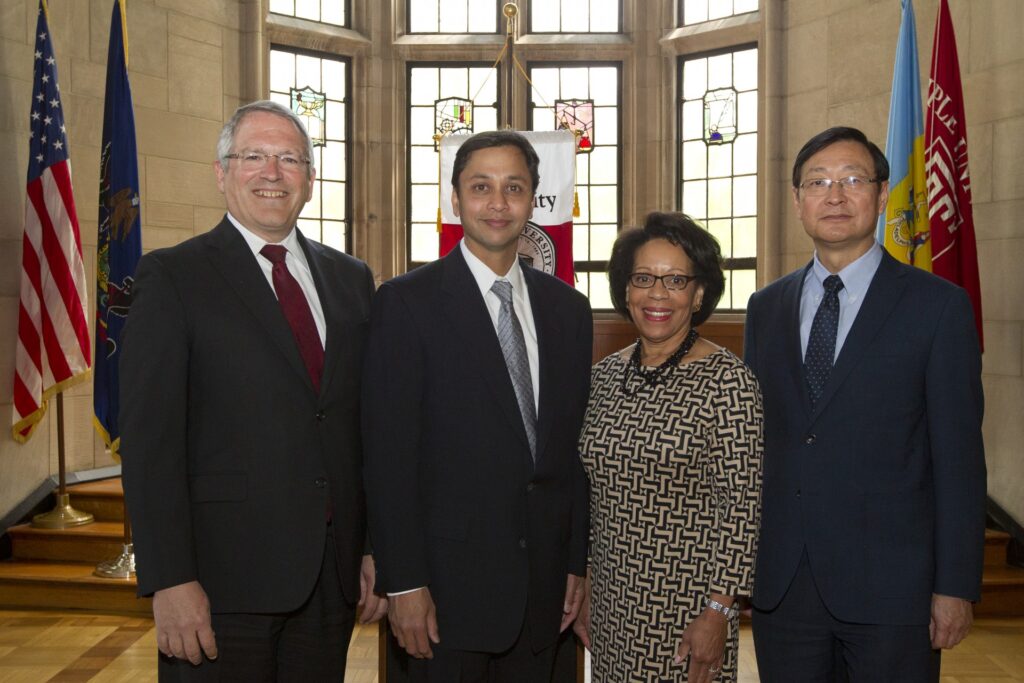 “Epically flawless”… “super awesome” … “fantastic!” The superlatives used by Temple Law students to describe Professor Salil Mehra’s teaching seem more descriptive of summer blockbusters than law school courses, which is fitting for a professor who quotes Spider-Man when articulating his teaching philosophy. They are also among the reasons why Temple University has honored the popular professor with the prestigious Lindback Distinguished Teaching Award.

“I’m extraordinarily pleased that the University has chosen to honor Professor Mehra in this way,” remarked Dean JoAnne Epps. “His contributions to the law school reflect a passion for both teaching and the law. Although he is an international authority within his areas of expertise, Professor Mehra has always understood that his first duty is to his students, and they have benefitted greatly from his service to them.” Among the faculty, Mehra has been hailed as a gifted educator whose mastery of his subjects, clear and accessible presentation of the material, devotion to his students, and dry humor have “added to the breadth and depth of what the law school has to offer.”

Since joining the Temple Law faculty in 2000, Professor Mehra has taught courses in Antitrust, Comparative Competition law, Contracts, Corporations, Cyberlaw, European Union law, International Intellectual Property, Japanese law, and Law in Asia. He has also taught semesters at Temple University Japan and served as a Visiting Professor at KEIO University School of Law in Tokyo, Japan. He is widely recognized as an international authority in his areas of expertise, and has been an invited presenter at conferences and universities around the world. Prior to his career with Temple Law, Professor Mehra clerked for Chief Judge Juan R. Torruella of the U.S. Court of Appeals for the First Circuit. He subsequently worked at the Antitrust Division of the Department of Justice, followed by the New York law firm of Wachtell, Lipton, Rosen & Katz, where his practice included antitrust, first amendment, and takeover defense litigation.