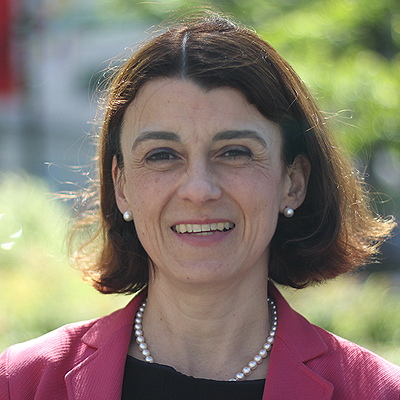 Frances Ruml Beckley is Chief Revenue Counsel of the City of Philadelphia and leads the unit responsible for enforcing the collection of Philadelphia taxes and agency receivables, for advising the administration and City Council on tax issues, and for representing the City in trial and appellate tax cases.

Frances served as chief counsel from January 2011 to February 2014. From March 2014 to April 2016, she worked in the Appeals and Legislation Unit of the Philadelphia Law Department, where she focused primarily on tax legislation and served as Counsel to the Philadelphia Water, Sewer & Storm Water Rate Board. Before coming to the City full-time, she did consulting work for the Tax Unit and had worked in large law firms (including Drinker Biddle and Ballard Spahr) representing taxpayers in federal, state, and local tax matters. She graduated from Harvard College, Yale Law School, and NYU’s LLM in Taxation program. Immediately after law school, she clerked for the Honorable Jose Cabranes (before his elevation from the District of Connecticut to the Second Circuit) and the Honorable Walter Stapleton (Third Circuit). She is a past chair of the Philadelphia Bar Association’s State and Local Tax Committee.