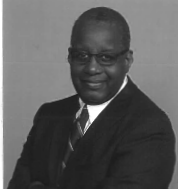 Floyd J. Miller is a retired federal prosecutor who was employed by the United States Attorney’s Office for the Eastern District of Pennsylvania from 1998 to 2017. Prior to becoming an AUSA, Mr. Miller was a Criminal Tax Trial Attorney with the Department of Justice’s Western Criminal Tax Enforcement Section from 1990 to 1998. Prior to joining DOJ’s Tax Division, Mr. Miller was employed by KPMG’s Peat Marwick (US) LLP (New York Office) as a state and local tax consultant, and as an Assistant Ohio Attorney General in Columbus, Ohio, where he litigated state tax cases on behalf of the Ohio Tax Commissioner.

Mr. Miller, a United States Air Force veteran, attended Cleveland State University where he received a B.B.A. Degree in 1975. He also attended Cleveland-Marshall College of Law where he earned a J.D. in 1980. In 1988, Mr. Miller received an LL.M in Federal Taxation from Capital University in Columbus, Ohio while employed as an Assistant Ohio Attorney General. Mr. Miller litigated state tax cases for approximately five years and numerous criminal tax and white-collar crime investigations and prosecutions while employed by DOJ’s Tax Division and as an AUSA with the United States Attorney’s Office for the Eastern District of Pennsylvania for more than 25 years.