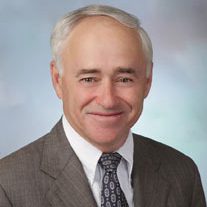 Eric Solomon is a partner at Steptoe & Johnson LLP in Washington DC, where he advises clients on a wide range of transactional and policy issues. Before Steptoe he was Co-Director of Ernst & Young LLP’s National Tax Department in Washington DC. He has over 40 years of tax experience in private practice and government service.

Eric has received numerous awards for his government service.  In recognition of his contributions at the Treasury Department, Eric received the Alexander Hamilton Award, which is the highest award for Treasury service, and the Distinguished Presidential Rank Award. He has also received distinguished service awards from the Tax Foundation, the Tax Council Policy Institute, Tax Executives Institute, and the taxation sections of the State Bar of California, the State Bar of Texas, and the Federal Bar Association.

From 1996 to 1999, Eric was a principal in Ernst & Young LLP’s National Tax Mergers and Acquisitions group in Washington, DC. Previously, he was Assistant Chief Counsel (Corporate) at the Internal Revenue Service, heading the IRS legal division responsible for all corporate tax issues. He began his career with law firms in New York City and was a partner at Drinker Biddle & Reath in Philadelphia.

Eric received his A.B. from Princeton University (Phi Beta Kappa), his J.D. from the University of Virginia and his LL.M. in taxation from New York University. He is the Immediate Past Chair of the American Bar Association Section of Taxation. Eric is also a member of the Executive Committee of the Tax Section of the New York State Bar Association. He is Co-Chair of the Practising Law Institute conference on Tax Strategies for Corporate Acquisitions and Dispositions.