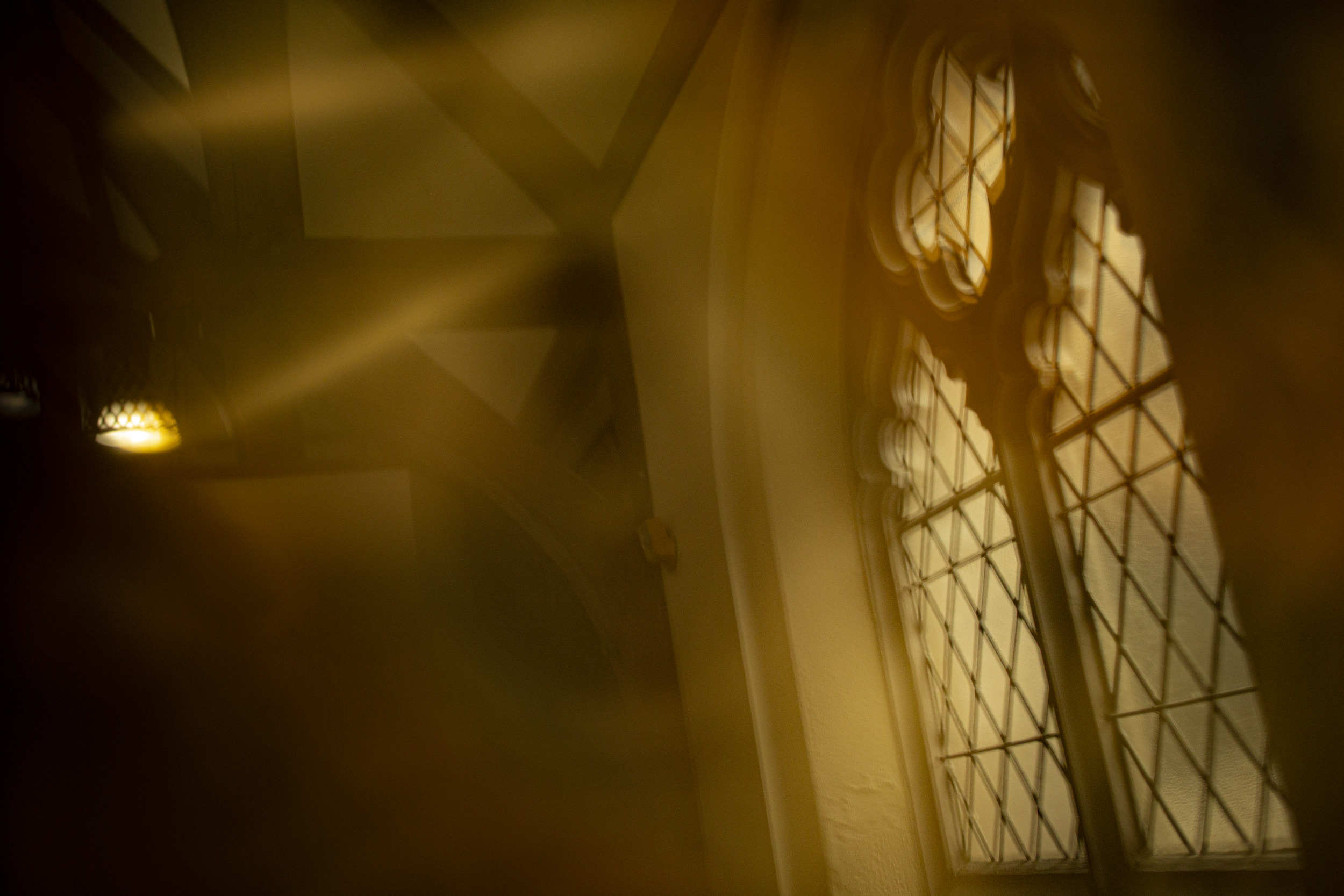 Come join alumni, faculty, and friends for a celebration of the Díaz Professorship featuring a panel discussion among four prominent Latinx lawyers and judges followed by a reception with Temple Law School Dean Rachel Rebouché. The panel will discuss their career trajectories, the role racial justice plays in their work, and the impact of Latinx representation in the legal profession.

Luis Felipe Restrepo was born in Medellin, Colombia, was raised in Northern Virginia, and took the oath of United States citizenship on September 7, 1993. He graduated from the University of Pennsylvania and Tulane Law School and worked as a Defender in Philadelphia in both the local and federal courts before entering private practice in 1993. He was a partner in the firm of Krasner & Restrepo until June of 2006, when he was sworn in as a United States Magistrate Judge for the Eastern District of Pennsylvania. He has been an adjunct professor at Temple University James E. Beasley School of Law since 1993 and an adjunct professor at the University of Pennsylvania Law School from 1997 to 2009, where he was appointed the Irving R. Segal Lecturer in advocacy.

In 1995 Judge Restrepo received the New American/New Freedom Committee Award from the Balch Institute in Philadelphia “in appreciation for outstanding service to the greater Philadelphia community and the nation.” In 2000, he was awarded the Cesare Beccaria Award by the Criminal Law Section of the Philadelphia Bar Association and the Justinian Society for his commitment to criminal justice issues and teaching services. In 2004, he received the Gideon Award presented by Temple Law School for demonstrating a commitment to ensuring that competent counsel are afforded to the indigent. In 2010 he was awarded “La Justicia” award by the Hispanic Bar Association of Pennsylvania and the Justice William J. Brennan, Jr. Distinguished Jurist Award by the Philadelphia Bar Association in recognition for his efforts with the Eastern District of Pennsylvania’s federal prisoner Re-Entry Program. In 2014 he was presented with the “Campeones de la Justicia” award by the Latino Law Students Association of Rutgers Law School. Judge Restrepo was recognized by Stetson Law School with the Cornerstone Award in 2017 in recognition for his contribution to protecting the right to a trial by jury and teaching trial advocacy. Al Dia newspaper recognized his public service with the 2018 Hispanic Heritage Award and in 2019 the NACDL presented him with the Champion of Justice Recognition Award. In 2022 Judge Restrepo was inducted into the Tulane Law School Hall of Fame.

Diana Cortes is the City Solicitor, the City of Philadelphia’s chief legal officer. She was appointed by the Mayor on December 11, 2020. She serves as general counsel to the Mayor and his Administration, City Council, and all City departments, agencies, boards, and commissions. She manages the City’s Law Department, which employs over 215 lawyers and over 100 professional staff. The Law Department’s diverse legal practice covers federal, state, and local agency litigation, commercial and real estate transactions, tax, regulatory law, social services, and legislation.

Prior to joining the Law Department, Diana was a litigator at Marshall Dennehey Warner Coleman & Goggin, P.C. in its Professional Liability Department. She represented municipalities, school districts, and police officers in civil rights litigation involving excessive force, wrongful arrest, due process violations, and malicious prosecution, among other matters.

Diana began her legal career as a law clerk for the Honorable Juan R. Sánchez of the U.S. District Court for the Eastern District of Pennsylvania. She is a graduate of Villanova University School of Law and Cornell University.

Diana is a member of the Hispanic Bar Association of Pennsylvania and the Philadelphia Diversity Law Group. She is also fluent in Spanish.

Jacqueline C. Romero was sworn in as the United States Attorney for the Eastern District of Pennsylvania on June 21, 2022. As U.S. Attorney, Ms. Romero is the chief federal law enforcement officer responsible for all federal criminal prosecutions and civil litigation involving the United States in the Eastern District of Pennsylvania, which is one of the nation’s most populous districts with over 5 million people residing within its nine counties (Berks, Bucks, Chester, Delaware, Lancaster, Lehigh, Montgomery, Northampton and Philadelphia), covering about 4,700 square miles. Ms. Romero supervises a staff of approximately 140 Assistant U.S. Attorneys and a similar number of non-attorney support personnel at offices in Philadelphia and Allentown.

Prior to her appointment as United States Attorney, she served as an Assistant United States Attorney in the same office for 16 years. While in that position, she specialized in fraud investigations and civil rights investigations, serving as the Civil Rights Coordinator for the Office for seven years and as a member of the Newark/Philadelphia Regional Medicare Fraud Strike Force for four years. Her other collateral duties also included appointment to the district’s Supervision to Aid Reentry (STAR) program, a heightened supervised release program for felons reentering the Philadelphia community.

Ms. Romero joined the District from the United States Treasury Department, U.S. Mint, Office of Chief Counsel, where she worked as an Attorney-Advisor. Prior to joining the United States Mint, she worked as a trial attorney for the Department of Justice, Civil Division, Commercial Litigation Branch, and also as a litigation associate for the law firm of Lowenstein, Sandler in New Jersey.

During the course of her career, Ms. Romero has been recognized by various groups for her leadership and service. Most recently, she received Al Día’s 2020 Champion of Justice Award for Government Service. In October 2018, the U.S. District Court for the Eastern District of Pennsylvania recognized her via Resolution for her outstanding work in the STAR Reentry Program. In that same year, she was also awarded the Clifford Scott Green Bill of Rights Award from the Federal Criminal Law Committee for the Eastern District of Pennsylvania.

Judge Sánchez became Chief Judge of the United States District Court in the Eastern District of Pennsylvania on August 1, 2018. He has served as a federal judge for over fifteen years and follows the Honorable Lawrence F. Stengel as the 15th Chief Judge of this district. He is the first Hispanic to lead the Court in its 229-year history. After a career with Legal Aid and the Public Defender’s Office of Chester County, Judge Sánchez was elected to the Chester County Court of Common Pleas in 1997. He served as a Judge there until President George W. Bush nominated him to a seat on the U.S. District Court for the Eastern District of Pennsylvania. Judge Sánchez was inducted to the federal bench on July 9, 2004. Judge Sánchez graduated from DeWitt Clinton High School in the Bronx, New York City. He received his B.A., cum laude, from City College of the City University of New York and his J.D. from the University of Pennsylvania Law School, where he received the Benjamin R. Jones Award for his commitment to humanity and the law.

The Hon. Nelson A. Díaz is Of Counsel at Dilworth Paxson following a trailblazing career in the legal profession. A 1972 graduate of Temple Law School, he was the youngest judge to serve on the Philadelphia Court of Common Pleas at the time of his election in 1981, and the first Latinx judge in Pennsylvania history.

Judge Díaz served as the city solicitor of Philadelphia and was appointed by President Clinton to be the general counsel for the U.S. Department of Housing and Urban Development. He is a leader in the Latinx community and a member of Temple University’s Board of Trustees.